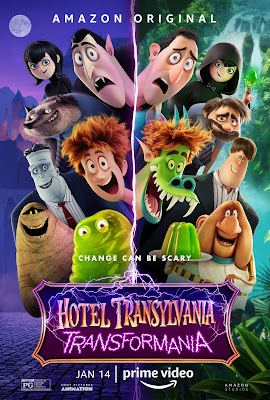 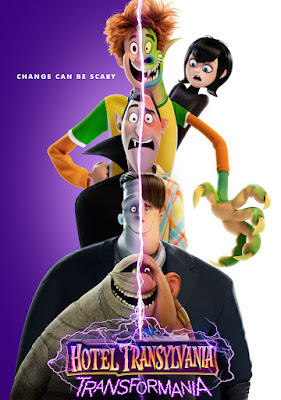 "...when Van Helsing's mysterious invention, the 'Monsterfication Ray', goes haywire, 'Drac' and his monster pals are all transformed into humans and 'Johnny' becomes a monster. 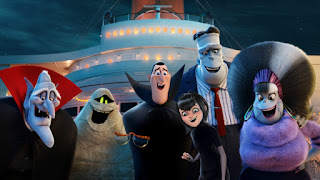 "In their new mismatched bodies, Drac, stripped of his powers, and an exuberant Johnny, must team up and race across the globe to find a cure before it's too late and before they drive each other crazy. 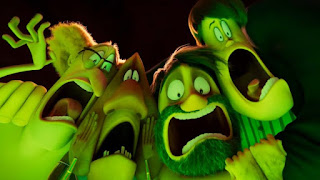 "With help from 'Mavis' and the 'Drac Pack', the heat is on to find a way to switch themselves back before their transformations become permanent..." 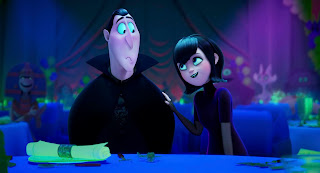