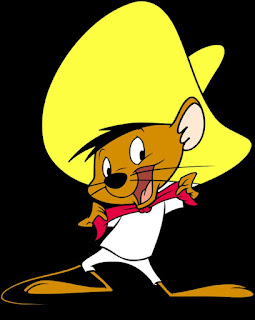 ‘Speedy Gonzales' the Oscar-winning animated character, appearing in 46 cartoon shorts for Warner Bros. "Looney Tunes" and "Merrie Melodies", portrayed as "The Fastest Mouse in all Mexico", now comes with a disclaimer stating : "The cartoons you are about to see are products of their time. They may depict some of the ethnic and racial prejudices that were commonplace in American society. These depictions were wrong then and are still wrong today...": 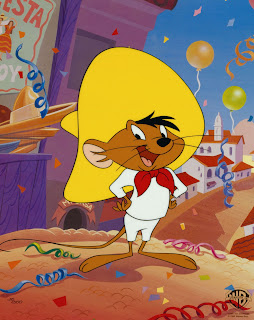 Speedy's major traits include the ability to run extremely fast and speaking English with an exaggerated Mexican accent. 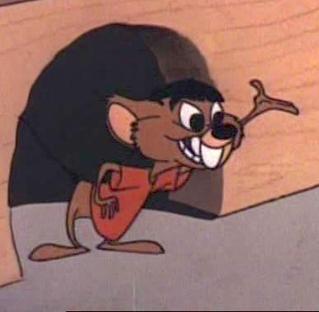 In his Oscar-winning 'Best Short Subject' (cartoons) debut, titled "Cat-Tails for Two", a cat guards a cheese factory at the international border between the United States and Mexico from starving Mexican mice. The mice call in the plucky, excessively energetic 'Speedy' (voiced by Mel Blanc) to save them. Amid cries of "¡Ándale! ¡Ándale! ¡Arriba! ¡Arriba! ¡Epe! ¡Epe! ¡Epe! Yeehaw!", the cat soon gets his comeuppance and Speedy is honored as a hero.

Despite  controversy over potentially offensive characterizations, Speedy Gonzales remains a popular character in Latin America, with many Hispanics regarding him fondly as a quick-witted, heroic Mexican character who always got the best of his opponents as a 'cultural icon'.