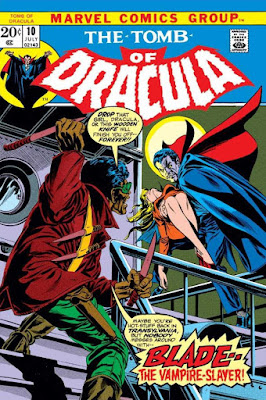 Marvel Studios will reboot Marvel Comics superhero "Blade" as a live-action feature, focusing on a ‘dhamphir’ vampire/human
previously played by Wesley Snipes in 2 "Blade" features and Sticky Fingaz in the "Blade" TV series: 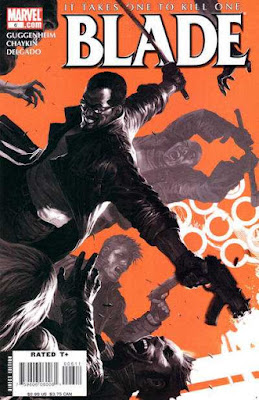 "...'Eric Brooks' was born in a whorehouse in the Soho neighborhood of London, England in 1929. His mother 'Tara Brooks', was a prostitute at Madame Vanity's Brothel. When Tara experienced severe labor complications, a doctor was summoned who was in actuality 'Deacon Frost,' a vampire who feasted on her during Eric's birth and killed her. However, this inadvertently passed along certain enzymes in his own blood to the infant. This resulted in Eric's 'quasi-vampiric' abilities, including a greatly prolonged lifespan and the ability to sense supernatural creatures, as well as an immunity to complete vampirism. 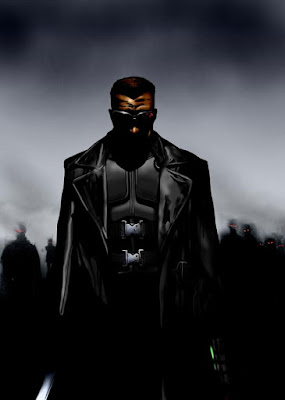 "Eric grew up living at Madame Vanity's, and at age nine, returning home from school one December, he saw an old man being attacked by three vampires. Eric helped the old man, who used a silver cane to kill the vampires and fight off the attackers. The man was 'Jamal Afari', a jazz trumpeter and vampire hunter who then moved into Madame Vanity's and trained the young Eric in both music and combat. 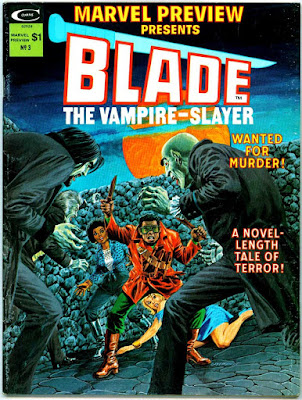 "Blade was soon able to defeat many of the weak, younger vampires that he and Afari found in abundance. Eric became an Olympic-level athlete and a formidable hand-to-hand combatant...

"...with an expertise in edged weapons such as knives and daggers so notable that it earned him the nickname 'Blade' among both his fellow hunters and the vampires they opposed, who began to fear the young hunter..." 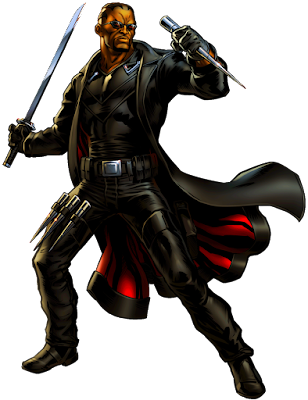 Click the images to enlarge and Sneak Peek "Blade"...