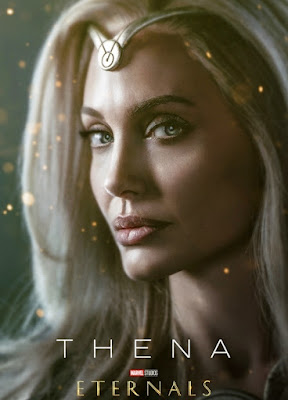 Take a look at the new 1/6 scale figure from "Hot Toys" in the laser-scanned likeness of actress Angelina Jolie as 'Thena', from Marvel Studios' "Eternals" feature film: 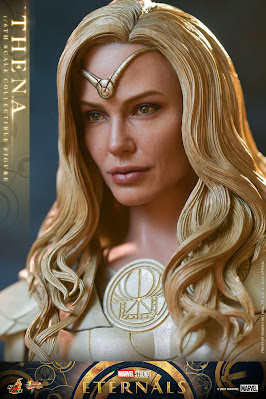 "...'Thena' is a member of the 'Eternals' race of superhumans, created by Jack Kirby, debuting in the Marvel Comics title 'Eternals' #5, November 1976. 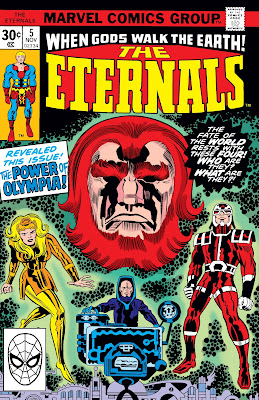 "She has superhuman strength, speed, stamina and durability. Thena also possesses the ability to manipulate cosmic energy to augment her life force, granting her invulnerability and immortality, the ability to project cosmic energy from her eyes or hands in the form of heat, light, or with concussive force. 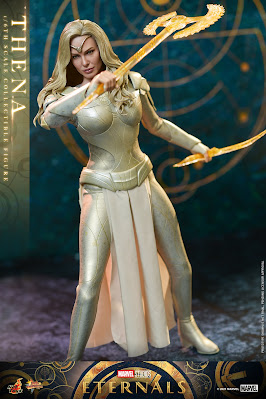 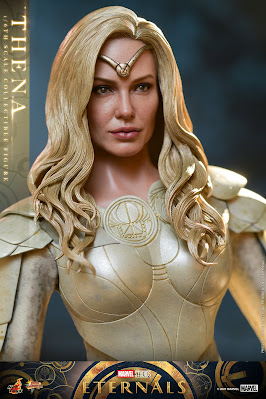 "Thena has a gifted intellect and has studied under the greatest human scholars throughout her lifetime. She is highly educated in numerous areas of both Eternal and human knowledge. 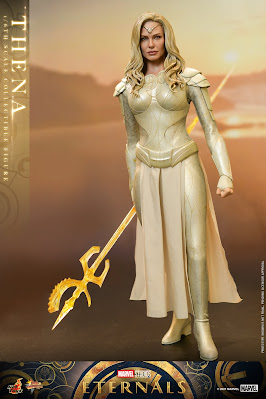 "Thena is also a formidable hand-to-hand combatant, with extensive training in unarmed combat and the use of many ancient and Eternal high-tech weapons. She wears body armor of unknown composition, carries a bow that fires arrows that release 'cold energy" and an energy spear that surrounds victims with a ring of intense heat and light..." 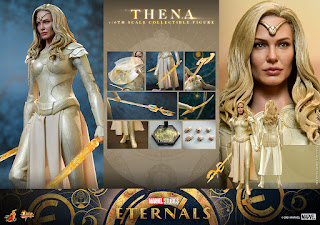