"Captain America" Vs "The Shield" 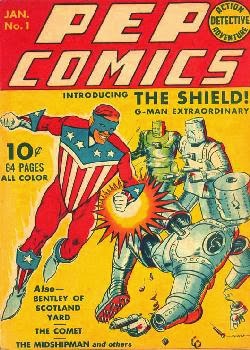 Take a look @ Archie Comics' superhero character 'The Shield', a star-spangled crime-fighter created more than a year before Marvel's 'Captain America', on the news that Archie Comics are vigorously developing their properties for live-action: 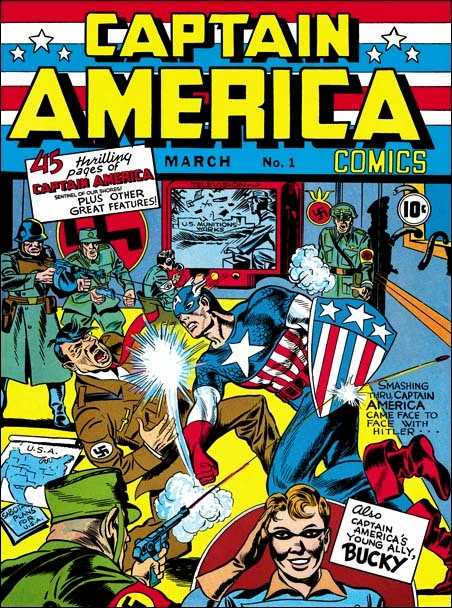 The Shield property and other MLJ (Archie Comics) characters were licensed to DC, but are now back in the Archie Comics fold. 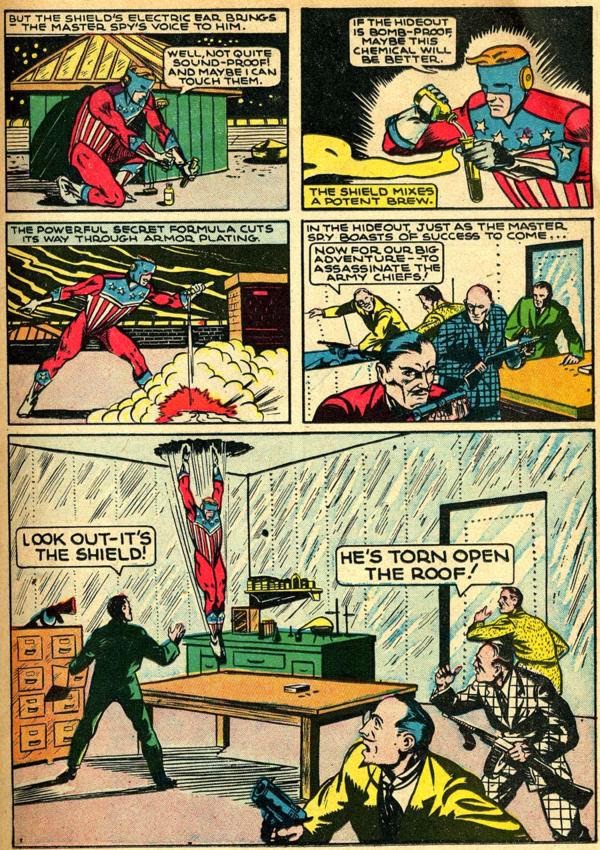 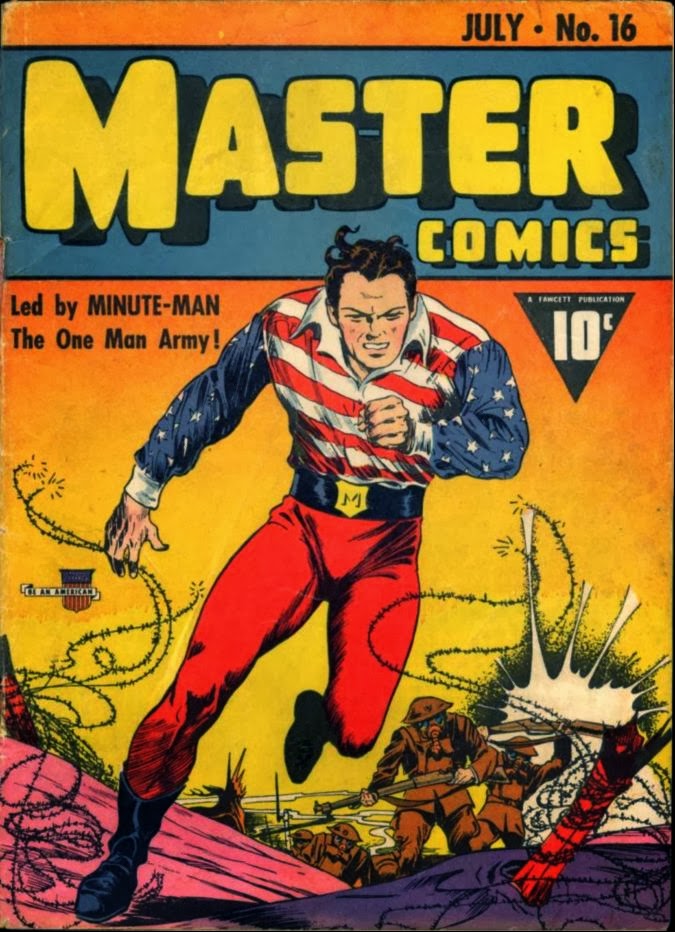 He was soon followed by three other patriotic comic characters, from different companies including "Minute-Man" (Feb. 1941), "Captain America" (March 1941), and "Captain Battle" (May 1941). 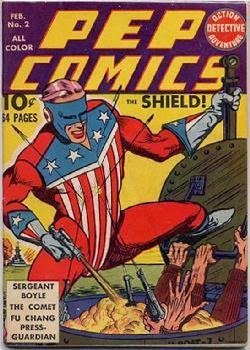 The Shield is chemist 'Joe Higgins', son of 'Lieutenant Tom Higgins' who was slain in an explosion orchestrated by Third Reich saboteur 'Hans Fritz', while Tom was working on a chemical formula for super-strength. 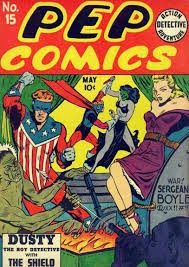 Joe finally figured out the solution, by applying chemicals to parts of his anatomy including 'Sacrum', 'Heart', 'Innervation', 'Eyes','Lungs' and'Derma', also using x-rays to give him super strength. The initials also gave him his name. 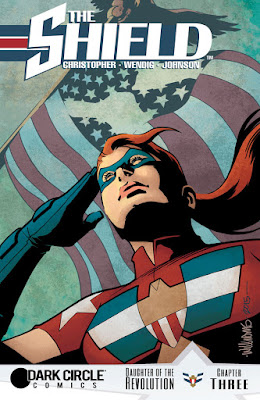 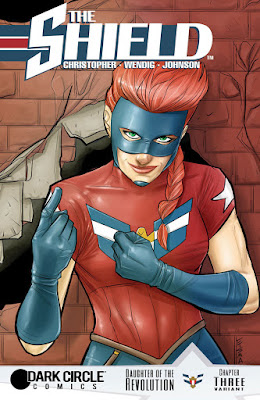 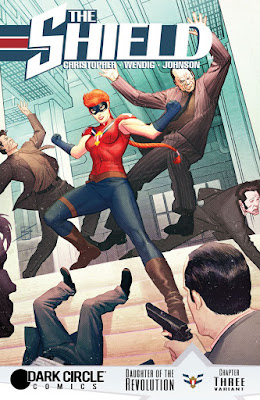 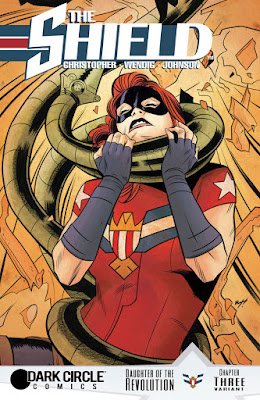 Click the images to enlarge...
Posted by Michael Stevens on Saturday, January 30, 2016