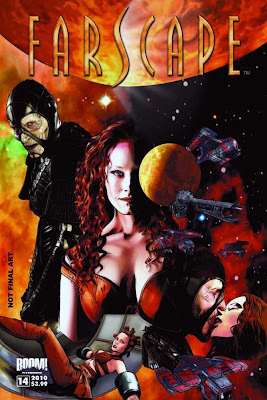 Boom! Studios "Farscape Ongoing" #14, written by Rockne S. O'Bannon and Keith R.A. DeCandido, with illustrations by Will Sliney, and a cover by Joe Corroney, will be available December 2010.

"...The 'War for the Uncharted Territories' continues! 'Sikozu' has walked a hard road to redemption. Her time aboard 'Moya' has been an attempt to prove herself worthy of respect in the 'Uncharted Territories'. Now she is in the middle of the greatest conflict the region has seen and it takes her straight towards 'Scorpius'!..." 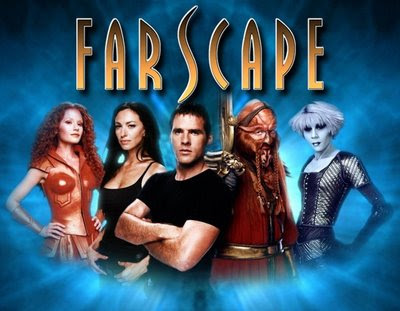 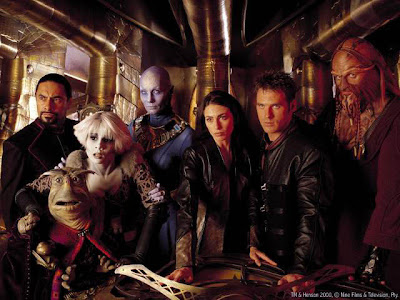 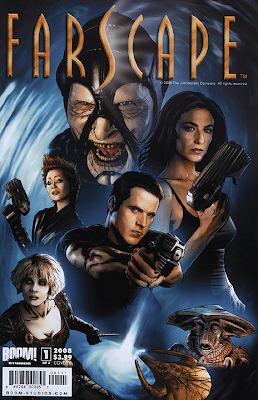 Although the series was under contract for five seasons, it was cancelled after its fourth season. Co-producer Brian Henson then secured the rights, paving the way for a three-hour miniseries titled "Farscape: The Peacekeeper Wars", which Henson directed himself. 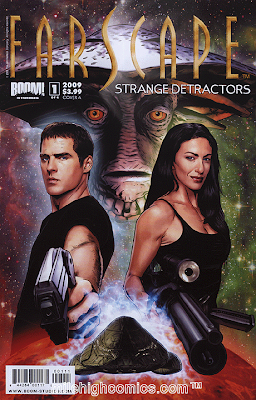 The Boom! Studios comic book series debuted December 2008, in the continuity with both the series and developing webisodes.
Click the images to enlarge and Sneak Peek "Farscape"...
Posted by Michael Stevens on Tuesday, September 28, 2010 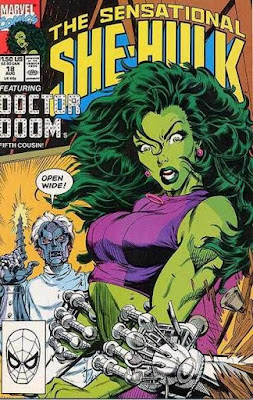