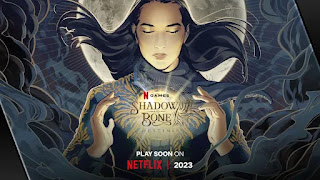 The new "Shadow and Bone: Destinies" role-playing game, from Germany-based Chimera Entertainment, based on the Netflix fantasy TV series, will enable users to play as their favorite characters while traveling through the 'Grishaverse', available in 2023 on Netflix:

Click the images to enlarge...
Posted by Michael Stevens on Monday, November 14, 2022