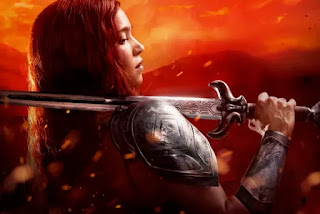 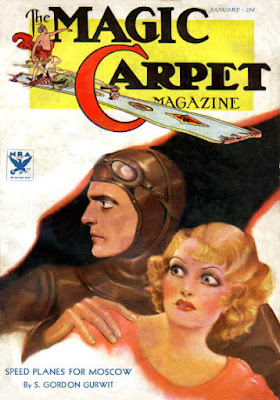 Originally, Robert E. Howard's  'Sonya of Rugantino', was a female pirate from the 16th century, debuting in Howard's short story "The Shadow of the Vulture" in "Magic Carpet" magazine (1934). 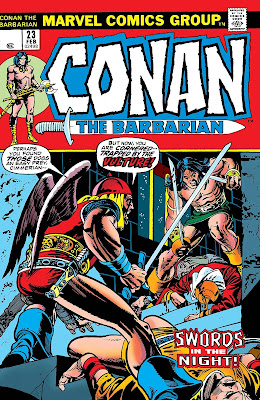 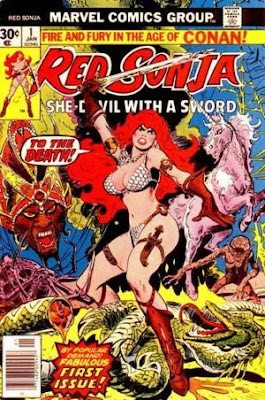 "...'Red Sonja' lives with her family in a humble house in the 'Western Hyrkanian' steppes. When she is 21, a group of mercenaries kills her family and burns down their house. Sonja attempts to defend herself, but cannot lift her brother's sword and is assaulted by the leader of the group. 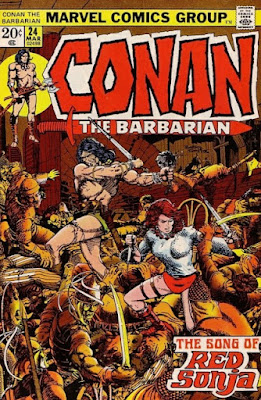 "Answering her cry for revenge, the red goddess 'Scáthach' appears to her and gives her incredible fighting skills, on the condition she never lie with a man unless he defeats her in fair combat..." 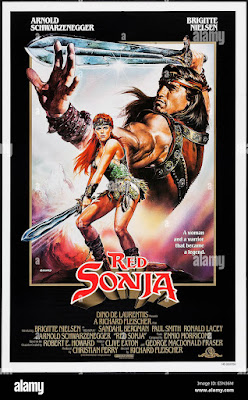 Click the images to enlarge...
Posted by Michael Stevens on Tuesday, October 11, 2022