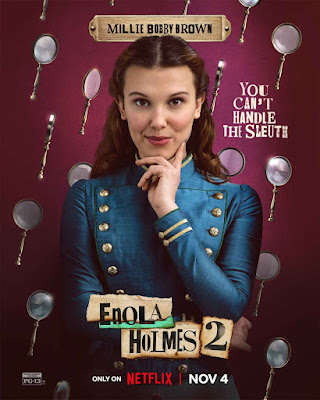 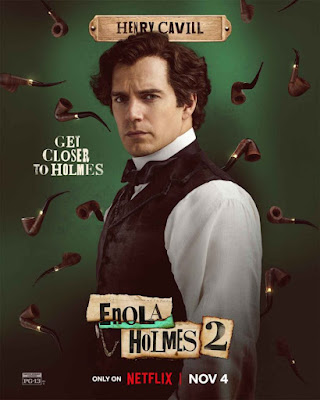 "...fresh off the triumph of solving her first case, 'Enola Holme's (Millie Bobby Brown) follows in the footsteps of her famous brother, 'Sherlock' (Henry Cavill), and opens her own agency – only to find that life as a female detective-for-hire isn’t as easy as it seems. 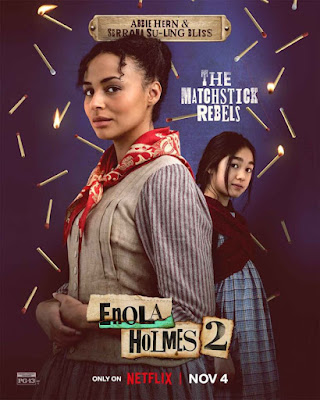 "Resigned to accepting the cold realities of adulthood, she is about to close shop when a penniless matchstick girl offers Enola her first official job: to find her missing sister. But this case proves to be far more puzzling than expected, as Enola is thrown into a dangerous new world – from London’s sinister factories and colorful music halls, to the highest echelons of society and '221B Baker Street' itself. 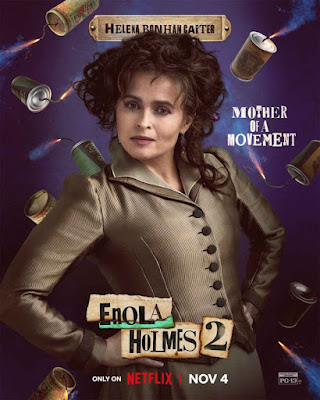 " As the sparks of a deadly conspiracy ignite, Enola must call upon the help of friends — and Sherlock himself — to unravel her mystery..." 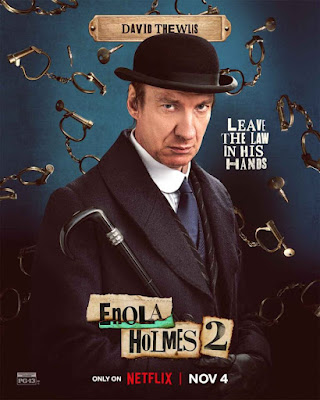 Click the images to enlarge...
Posted by Michael Stevens on Friday, October 21, 2022