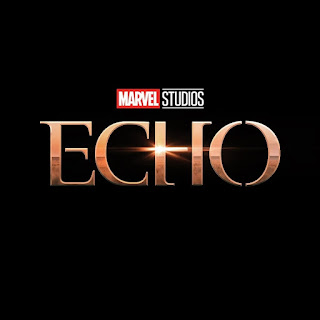 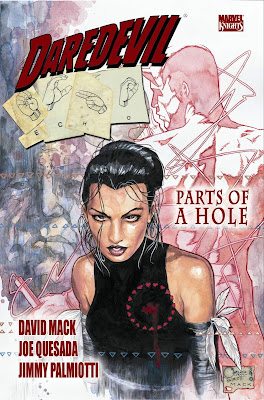 "...with a hand-print across her face, 'Maya Lopez' is an Olympic-level athlete possessing 'photographic reflexes', defined as the uncanny ability to perfectly copy other people's movements. 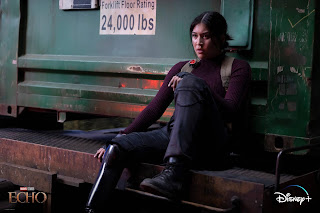 “Just by watching other people, she has become a concert-level pianist, a martial artist, a highly skilled acrobat and gifted ballerina. 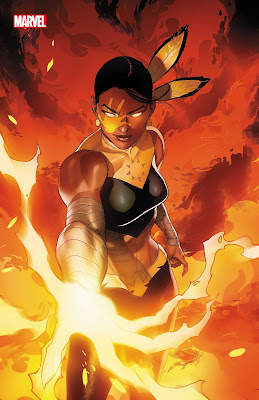 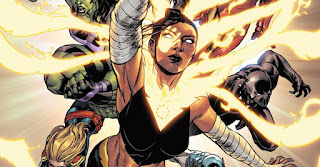 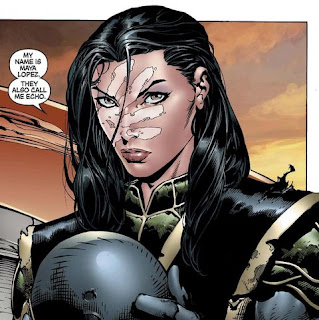