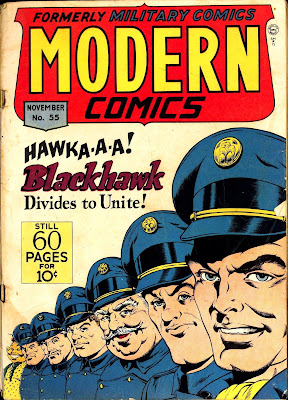 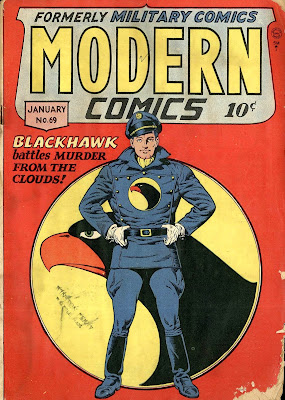 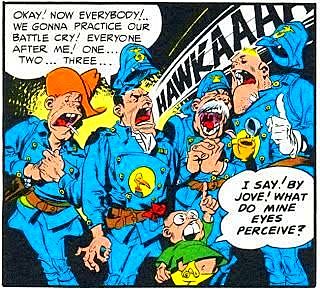 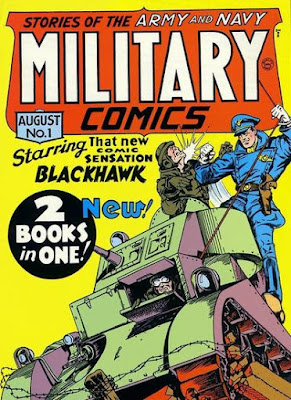 Created by Chuck Cuidera with input from both Bob Powell and "The Spirit" illustrator Will Eisner, 'Blackhawk' debuted in Quality Comics' "Military Comics" #1 (August 1941), with 'Blackhawk'. leading a 7-member team of World War II-era ace pilots of varied nationalities. 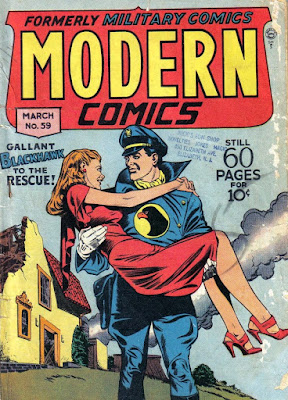 "...and shout their battle cry of 'Hawk-a-a-a!' as they descend from the skies to fight tyranny and oppression. 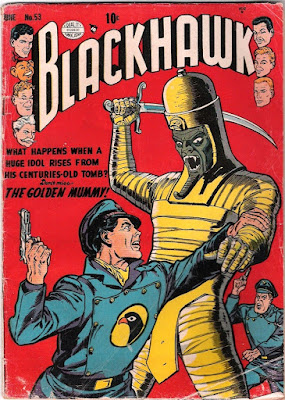 "Clad in matching blue and black uniforms, early stories pitted the team against the 'Axis' powers, but they would also come to battle recurring foes such as 'King Condor' and 'Killer Shark' as well as encounter an array of gorgeous and deadly femme fatales..."... 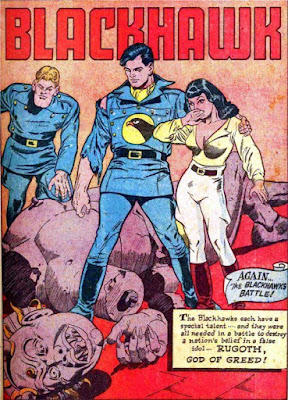 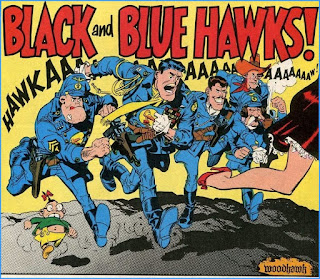