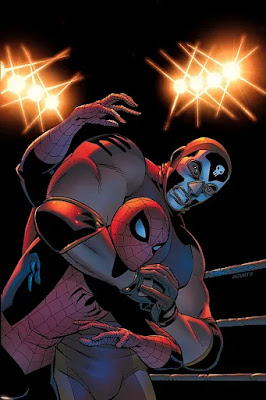 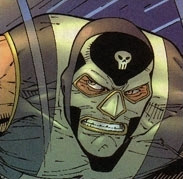 "... the powers of the super powered wrestler 'el Muerto' have been passed down generation to generation. Each wrestler had to prove themselves to their oppressor, 'el Dorado', so that they could remain alive and keep their powers. When 'Marcus Estrada' presented his son 'Juan Carlo's to 'el Dorado', Juan Carlos cowered in terror, unwilling to fight him. Marcus Estrada sacrificed his life to try and save Juan Carlos. 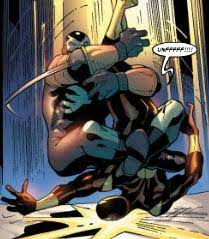 "Out of respect for his father's courage, el Dorado granted Juan Carlos ten years to travel and to become brave, and then to duel a masked wrestler and unmask him. Ten years later, el Muerto traveled to New York City and approached 'J. Jonah Jameson' to set up a charity event: A wrestling match, in which el Muerto would fight 'Spider-Man'. Jonah organized the match, hoping that el Muerto would defeat and unmask Spider-Man. 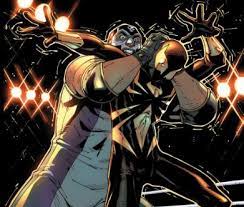 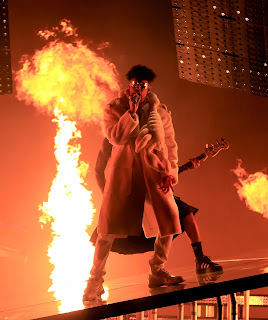 Click the images to enlarge....
Posted by Michael Stevens on Tuesday, April 26, 2022