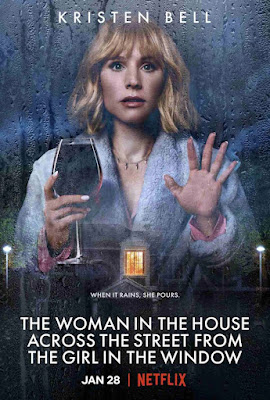 "The Woman in the House Across the Street from the Girl in the Window" is the new 'dark comedy thriller' TV series, created by Rachel Ramras, Hugh Davidson and Larry Dorf, starring Kristen Bell, streaming January 28, 2022 on Netflix: 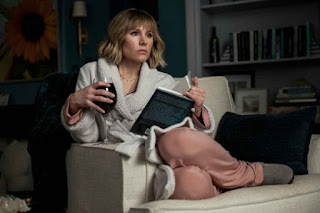 "...for heartbroken 'Anna' (Bell) every day is the same. She sits with her wine, staring out the window, watching life go by without her. But when a handsome neighbor moves in across the street, Anna starts to see a light at the end of the tunnel. That is until she witnesses a startling crime. Or did she?..." 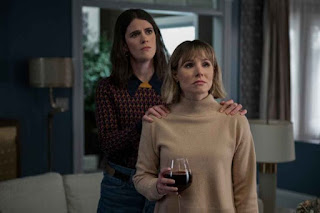 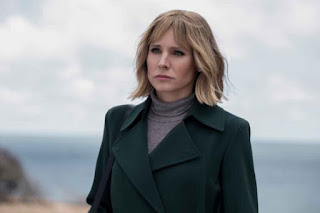