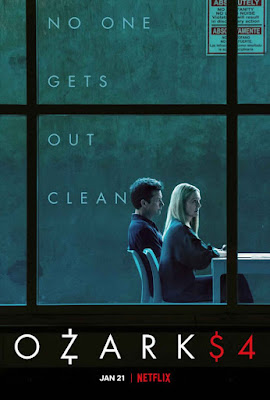 "Ozark", the crime drama TV series, directed by Jason Bateman, stars Bateman and Laura Linney as 'Marty' and 'Wendy Byrde,' a married couple who relocate their family to the 'Lake of the Ozarks', specifically for money laundering, with the fourth and final season of 14 new episodes, split into two parts, streaming Part One, January 21, 2022  on Netflix and Part Two April 29, 2022: 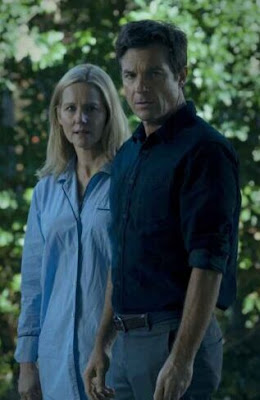 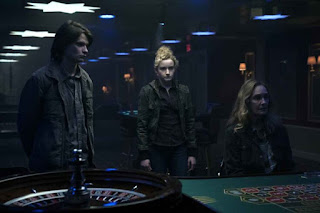 "But now they find another opportunity to get out of the Ozarks but some past sins won't stay buried..."