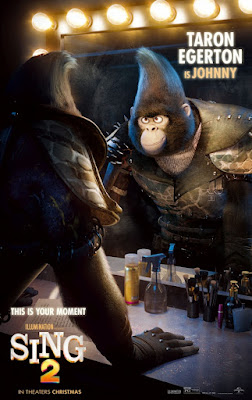 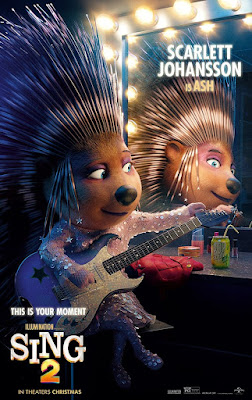 "...two years after the events of the first film, 'Buster Moon' becomes famous for his new theater. One day, he holds a brand new show starring 'Meena', 'Gunter', 'Rosita' and 'Johnny'. During the show, Buster observes a talent scout named 'Suki' in the audience, who leaves before the second act. 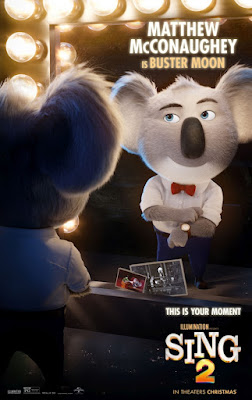 "Buster is told that he and his cast are not good enough and would never make it in 'Redshore City', where stars are made. Dejected, Buster returns to the theater and is encouraged by 'Nana Noodleman' to follow his dreams. 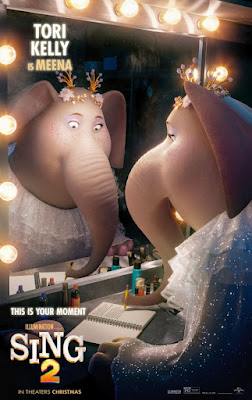 "After getting 'Ash', who has been working as a singer at a club, the gang heads to Redshore City and sneaks in through the employee entrance for an audition with 'Jimmy Crystal'. Crystal is uninterested in Buster's show and sends them away, until he overhears Gunter talking about his idea for an outer space show featuring 'Clay Calloway', a rock star who hasn't been seen in 15 years. 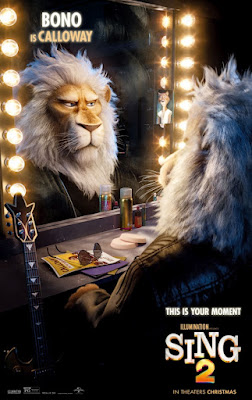 "Intrigued, Crystal tells them to have the show up and running within three weeks, granting them everything they need...." 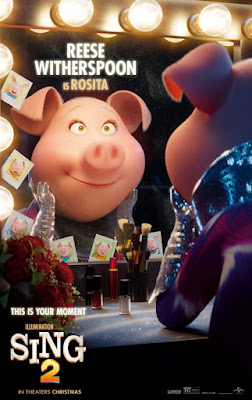