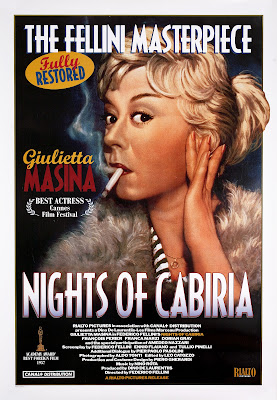 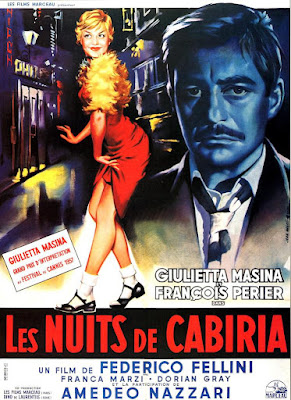 "...a happy, laughing 'Cabiria' is standing on a river bank with her current boyfriend and live-in lover, 'Giorgio'. Suddenly he pushes her into the river and steals her purse which is full of money. She cannot swim and nearly drowns, but is rescued by a group of young boys and revived at the last possible moment by ordinary people who live a little further down the river. 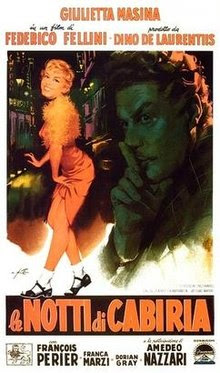 "In spite of saving her life, she treats them with disdain and starts looking for Giorgio. "Cabiria returns to her small home, but Giorgio has disappeared. She is bitter, and when her best friend and neighbor, 'Wanda' tries to help her get over him, Cabiria shoos her away and remains disgruntled. She continues to work as a prostitute..." 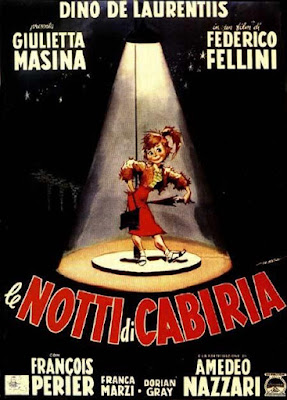