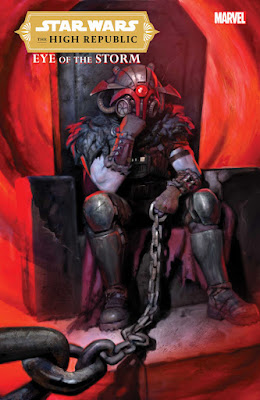 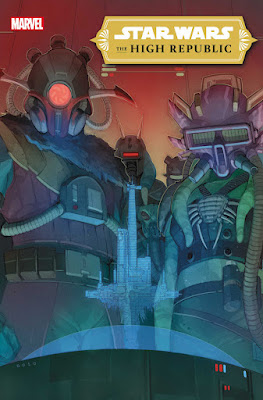 "...from 'Hero of Hetzal' to murderer? Can 'Keeve Trennis' stop 'Marshal Avar Kriss' from making a fatal mistake? Death and danger await the 'Starlight Jedi' as they finally close in on their enemy. Tying directly into Claudia Gray’s 'Star Wars: The Fallen Star', phase one of 'Star Wars: The High Republic' enters its cataclysmic final wave of stories. Now everything is about to change..." 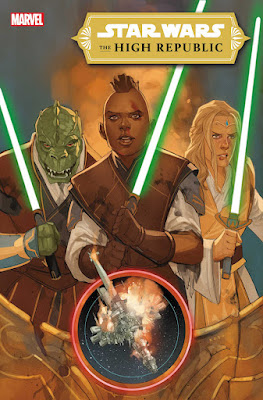 "...'Phase One' of 'Star Wars: The High Republic' reaches its galaxy-shaking conclusion. Only one person can save the 'Jedi' from the mysterious monsters that stalk 'Starlight Beacon'. Who will live and who will die? 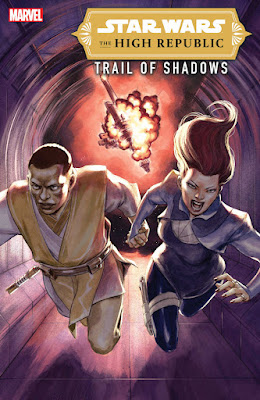 "...it all comes crashing together in this finale as 'Emerick' and 'Sian' come face to face with mystery they’ve been hunting. Who will survive? Phase one of 'Star Wars: The High Republic' culminates in this crashing conclusion..." 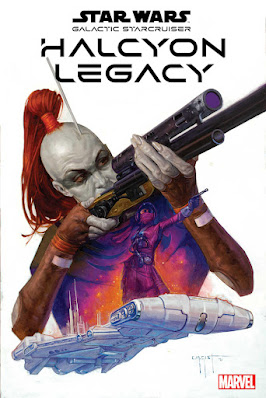 "...the 'Halcyon' comes under fire from pirates – with little chance of escape! Who is the mysterious 'Resistance' spy on board that may lead to the fiery end of the ship’s 275-year run? And find out how, years earlier, bounty hunter 'Aurra Sing' and a mysterious partner gambled with their lives during the galactic starcruiser's era as a flying casino..." 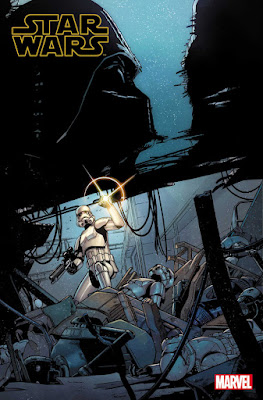 "...after a mission gone wrong, ace 'Rebel' pilot 'Shara Bey', the mother of 'Poe Dameron'  was left for dead aboard the 'Tarkin's Will' 'Star Destroyer'. 'Shara' survived and has been hiding deep inside the massive ship ever since, evading 'Commander Zahra', But her time is up. Can she live long enough to escape...?" 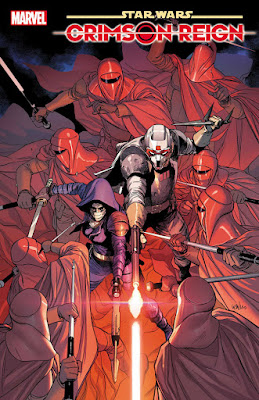 "...'Qi'Ra' sends two killers on a mission to continue with her plan to plunge the galaxy into chaos. The relentless, 'Force'-blinded 'Ochi of Bestoon' and the mysterious, unstoppable 'Deathstick' each have a target, and nothing will get in their way..." 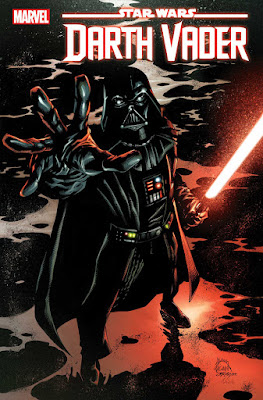 "...'Darth Vader' continues his quest to destroy the agents of 'Crimson Dawn', abetted by an unlikely crew of heroes and assassins. But every twist in the tale gets thrown into question with the shocking return of 'Sabé , handmaiden of 'Padmé Amidala'. Who's the hero? Who’s the villain? And will they choose chaos or order in the age of 'Crimson Reign'...?"