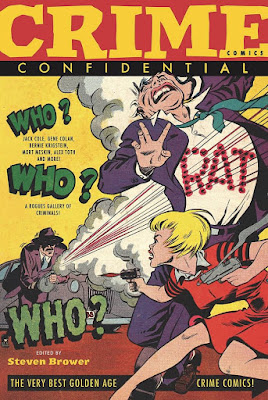 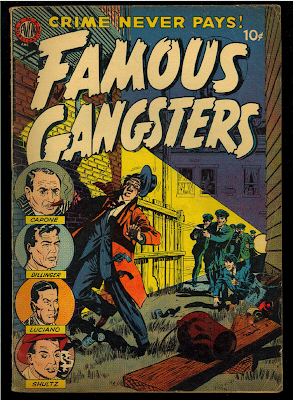 "...relive the days when ruthless, moronic gangsters ruled the streets, in this gripping collection of notorious vintage 'pre-Code' crime comics. 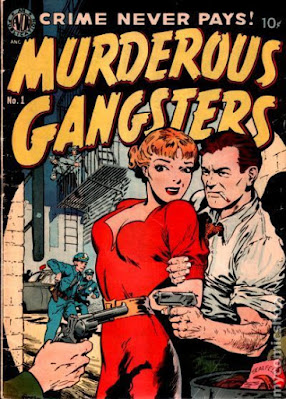 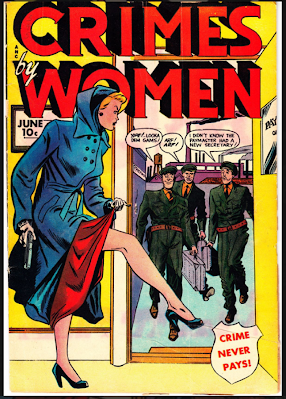 "These mobsters flaunted their sexy gun molls and ill-gotten gains of big cars and fancy suits... 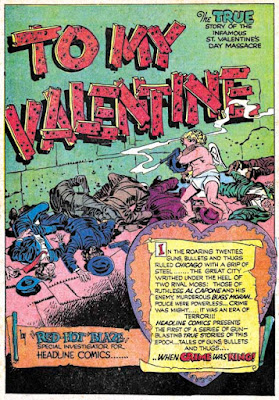 "...living outside the law until getting their just desserts in the end." 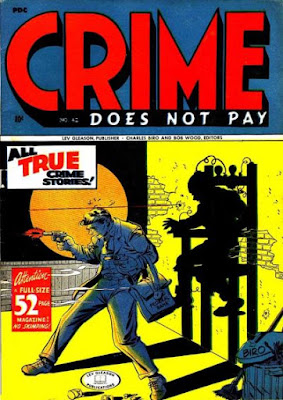 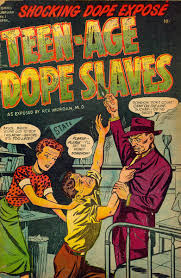