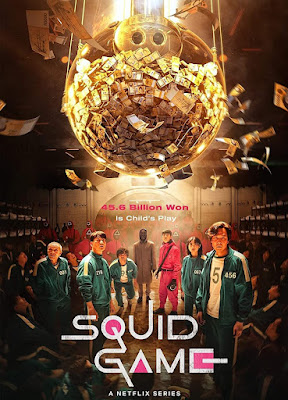 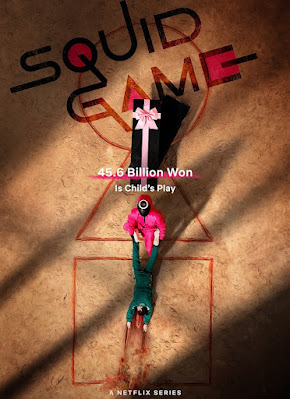 "...'Seong Gi-hun', a divorced and indebted chauffeur, is invited to play a series of children's games for a chance at a large cash prize. Accepting the offer, he is taken to an unknown location and finds himself among 455 other players, all with similar large debts. The players are kept under watch at all times by masked guards in pink jumpsuits, with the games overseen by the 'Front Man'. 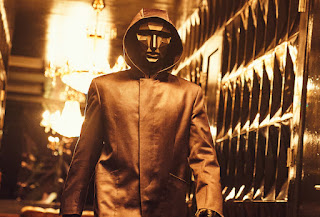 "The players soon discover that losing in these games results in their death, with each death adding millions to a potential billion dollar grand prize. 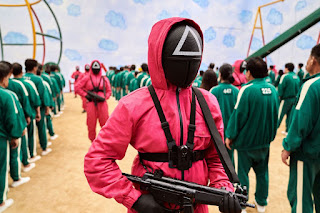 "Gi-hun allies with other players, including his childhood friend 'Cho Sang-woo', to try to survive the physical and psychological twists of the games..." 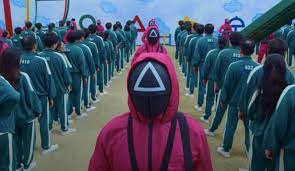