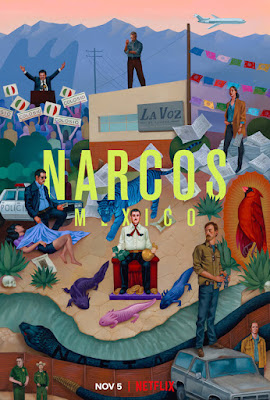 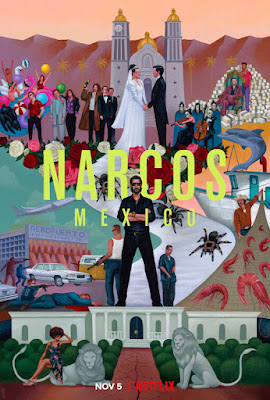 "... The series explores the early origins of the Mexican drug war, beginning at the time when traffickers were a loose and disorganized confederation of small, independent marijuana growers and dealers. It dramatizes the creation and rise of the 'Guadalajara Cartel' in the 1980's as 'Miguel Ángel Félix Gallardo' (Diego Luna) unifies several 'plazas', or territories, in order to build an infamous drug empire. 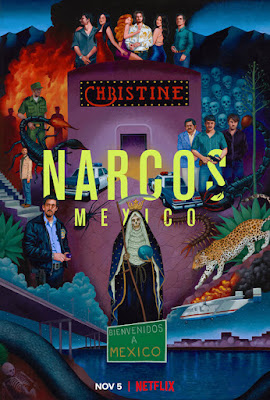 "Drug Enforcement Administration' (DEA) agent 'Kiki Camarena '(Michael Peña) moves his wife and young son from California to Guadalajara to take on a new post, where he quickly learns that his assignment will be more challenging than he could ever have imagined. 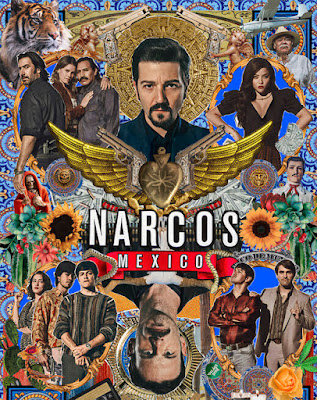 "Following Camarena's murder by the cartel, 'DEA' agent 'Walt Breslin' brings a small covert squad of operatives to Mexico to track down and take out Gallardo and his associates..." 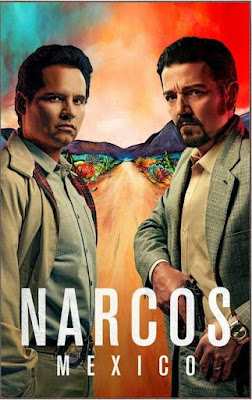