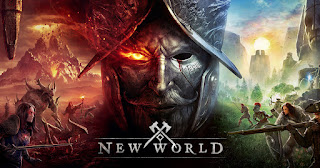 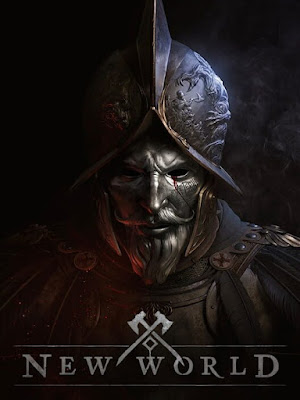 "...during the mid-seventeenth century, players set out to colonize the Americas,  form groups  and join one of three factions ('Marauders', 'Syndicate', 'Covenant')... 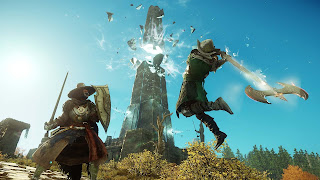 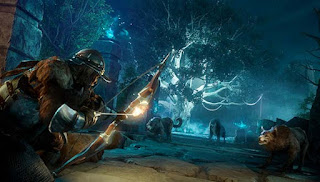 "With each level, hostile mobs are programmed with complex and  sequences of attacking behavior requiring the player to counter,,, 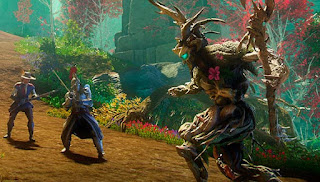 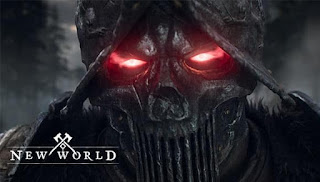 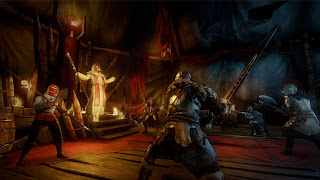