Play "Guardians of the Galaxy" 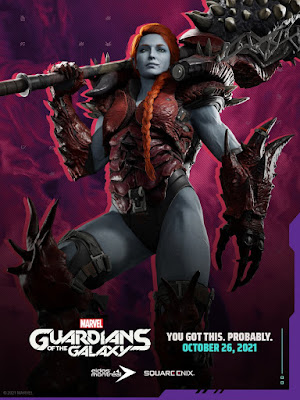 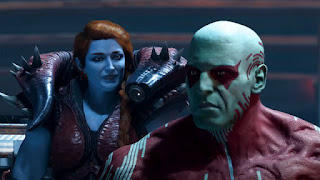 "Meet 'Lady Hellbender', leader of the 'Hellraisers', queen of 'Seknarf Nine' and a 'monster collector'. 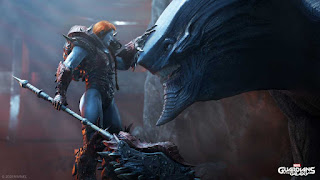 "The 'Guardians' try to con her by pretending to sell a 'rare monster. Either 'Rocket' or 'Groot'. 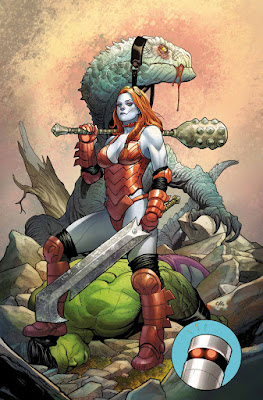 "So fire up your 'Star-Lord' jet boots for a wild ride across the cosmos as you blast your way from one explosive situation to another, with both original and well-known Marvel characters caught in a struggle for the fate of the universe. 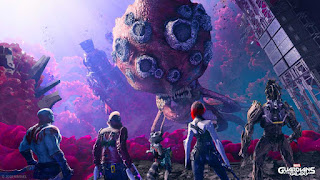 "Master Star-Lord's dynamic combat style to obliterate foes with his 'Element Blasters' and call on the unique abilities of each Guardian to defeat a wild variety of interplanetary enemies. Also, as self-proclaimed leader of the Guardians of the Galaxy... 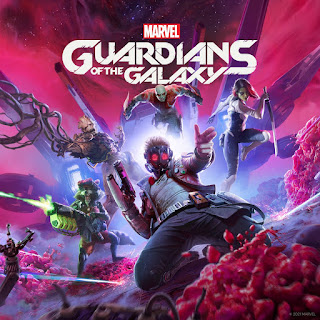 "...players will engage in select player-choice driven dialogue and interactions between 'Peter Quill' and the Guardians that further strengthens the bonds within this dysfunctional family..." 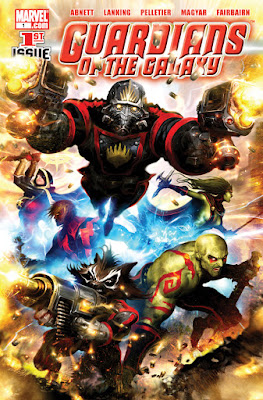