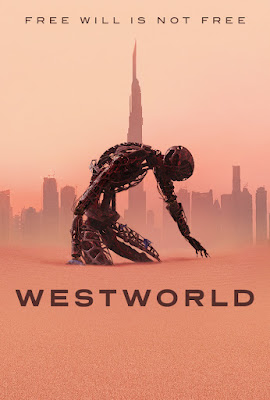 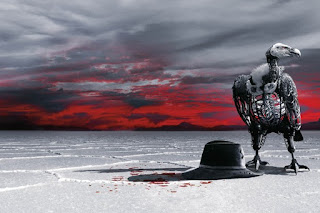 "...the story begins in 'Westworld', a technologically advanced Wild-West-themed amusement park populated by android 'hosts'. The park caters to high-paying 'guests' who may indulge their wildest fantasies within the park without fear of retaliation from the hosts, who are prevented by their programming from harming humans. 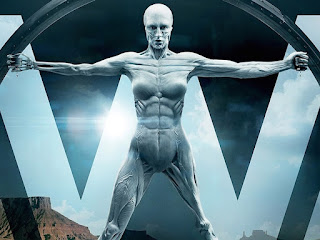 "In Season Three, the series' plot expands to the real world, in the mid-21st century, where people's lives are driven and controlled by a powerful artificial intelligence named 'Rehoboam'..."