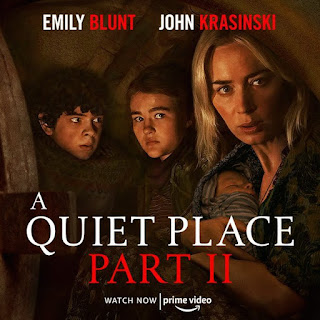 Director John Krasinski's "A Quiet Place Part II", the sequel to "A Quiet Place" (2018),  following a family as they survive in a post-apocalyptic world inhabited by blind aliens with an acute sense of hearing, stars Emily Blunt, Millicent Simmonds, and Noah Jupe, now streaming on Amazon Prime Video: 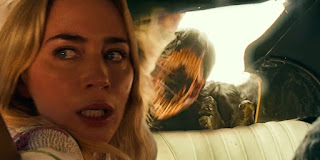 "...over a year before the first film's events, the 'Abbott' family attends a  baseball game. Mid-game, bewildered spectators look skyward as a flaming object hurtles towards the Earth. 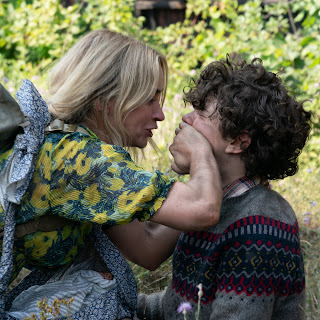 "As people exit the park and attempt to drive away, the town is attacked by hostile alien creatures possessing armored skin and extraordinary speed and strength. 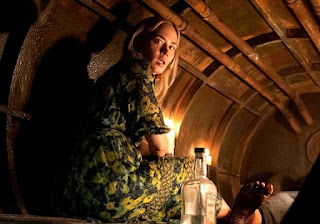 "The blind creatures have hypersensitive hearing to track and target all of their victims. 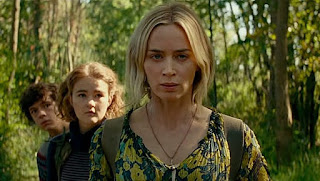 "Now, in the present, the aliens have killed much of the Earth's population, including 'Lee Abbott', who sacrificed himself in the previous film to save his surviving family..." 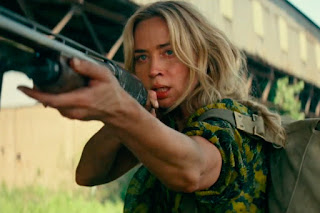 Click the images to enlarge...
Posted by Michael Stevens on Thursday, July 15, 2021