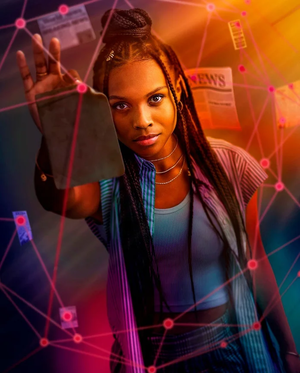 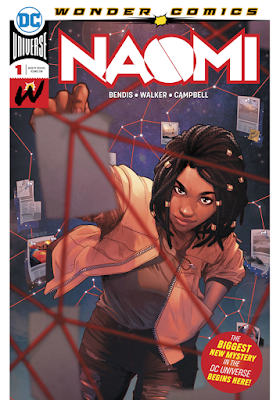 "In an alternate universe, the degradation of the Earth's ozone layer exposed the surface of the Earth to a previously-unknown type of radiation, which caused 29 random people all over the Earth to develop superhuman powers. Some of these people sought to rule the world with their new powers, while others opposed this, which led to a cataclysmic war between these 'metahumans'. 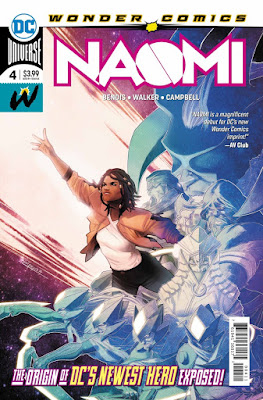 "One month later, fourteen of the metahumans were dead, and seven others left the planet, leaving only eight remaining. 'Naomi' was the first child born to two of these metahumans. The most evil of the original 29 metahumans, 'Zumbado', sought to kill the infant Naomi, so her parents sent her to 'Earth-0 'for her safety, but they were killed in battle doing so. 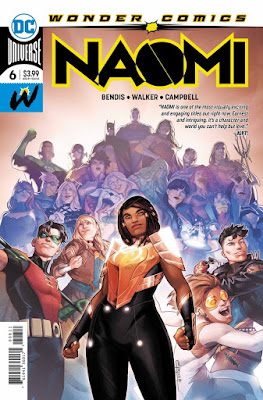 "The infant was adopted by a 'Rannian' ex-soldier who had taken on the name 'Greg McDuffie' and his human wife. Naomi lived a fairly ordinary life until she began to question whether she had a connection to superheroes, and began looking into her origins..." 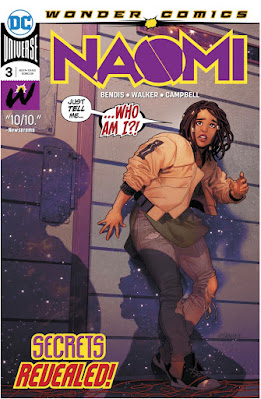 "When a supernatural event shakes her hometown to the core, 'Naomi' (Walfall) sets out to uncover its origins, and what she discovers will challenge everything we believe about our heroes..." 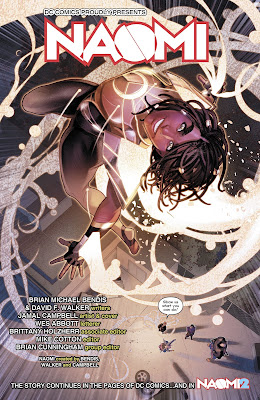