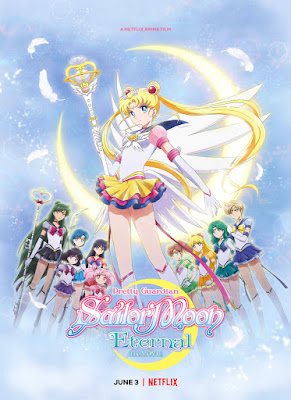 "Sailor Moon Eternal: The Movie" is a two-part Japanese anime film based on the 'Sailor Moon' manga by Naoko Takeuchi, directed by Chiaki Kon and produced by Toei Animation, Studio Deen, streaming June 3, 2021 on Netflix: 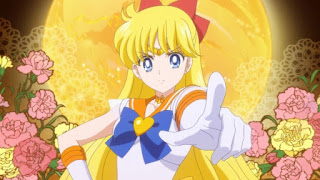 "...a solar eclipse occurs in the month of April. As the moon covers the sun, 'Usagi' and 'Chibiusa' meet a mysterious 'Pegasus' named 'Helios', who's looking for a 'chosen maiden' to help him break the seal of the 'Golden Crystal. 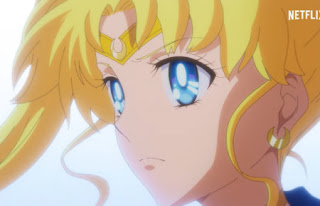 "Meanwhile, the mysterious group 'Dead Moon Circus' appears. Their goal is to scatter nightmare incarnations called 'Lemures' across the world, obtain the 'Legendary Silver Crystal' and rule the Earth . Mamoru distances himself from Usagi, fearing that being near her will put her in danger. 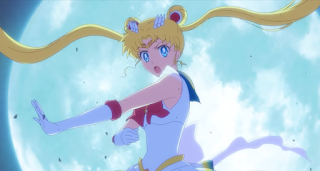 "In Part 2, the ten 'Sailor Guardians' have gathered for the final battle. However, the 'Queen of the Dead Moon', 'Nehelenia', attacks with the power of her nightmares. While Helios uses his last ounce of strength to save the Earth, Usagi is drawn into Nehelenia's nightmare, but is encouraged by the strong heart of 'Tuxedo Mask'. Joining forces with her fellow 'Super Sailor Guardians', she transforms into 'Eternal Sailor Moon'..." 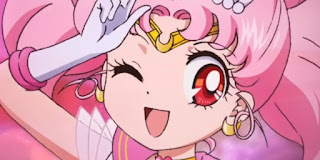