Disney+ For Your Consideration 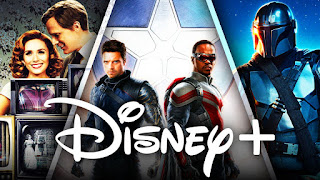 Despite embattled New York Governor Andrew Cuomo receiving an 'Emmy' award for his 'Chico Marx' TV shtick during the height of the 'Covid 19' pandemic, Marvel Studios and Disney+ still believe in the credibility of television awards, releasing "For Your Consideration" posters supporting their new live-action series "The Falcon and The Winter Soldier", "WandaVision" and "The Mandalorian":

THE FALCON AND THE WINTER SOLDIER 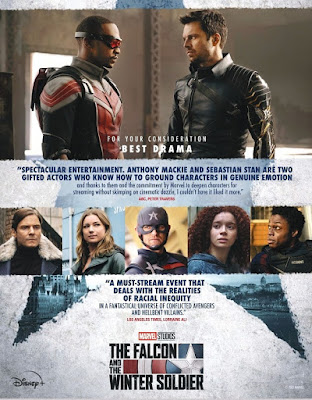 "...six months after being handed the mantle of Captain America at the end of 'Avengers: Endgame' (2019), 'Sam Wilson' teams up with 'Bucky Barnes' in a worldwide adventure that tests their abilities and their patience...." 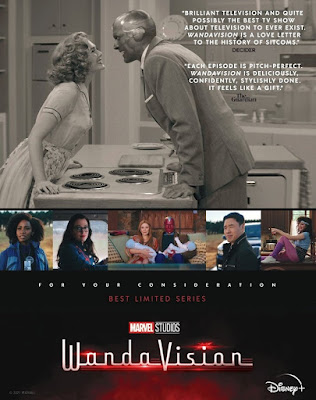 "...three weeks after the events of 'Avengers: Endgame' (2019), 'Wanda Maximoff' and 'Vision' are living an idyllic suburban life in the town of Westview, New Jersey, trying to conceal their true natures. But as their surroundings begin to move through different decades and they encounter various television tropes, the couple suspects that things are not as they seem..." 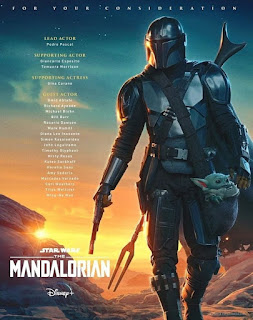 "...beginning five years after the events of 'Return of the Jedi' (1983) and the fall of the 'Galactic Empire', 'The Mandalorian' follows 'Din Djarin', a lone 'Mandalorian' bounty hunter in the outer reaches of the galaxy. He is hired by remnant 'Imperial' forces to retrieve the child 'Grogu', but instead goes on the run to protect the infant. While looking to reunite Grogu with his kind, they are pursued by 'Moff Gideon', who wants to use Grogu's connection to the 'Force'..." 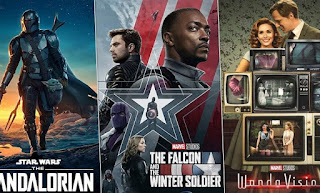