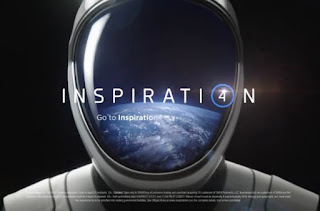 A new commercial from 'SpaceX', promoting the 'Falcon 9' launch of 'Inspiration4', "the world’s first all-commercial astronaut mission to orbit", with billionaire Jared Isaacman donating three seats alongside him, to anyone looking to blast off into space, could be similar to Marvel Comics' "Fantastic Four", where four civilians in space, are blindsided by cosmic rays, causing their molecules to scramble, resulting in extraordinary new powers: 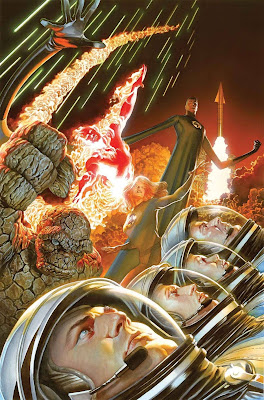 "...in the original 'Fantastic Four' origin story, aeronautical engineer 'Reed Richards' decided to make an unauthorized test flight into space using an experimental rocket. Reed's plan was to use the ship to visit an Earthlike planet in a star system 44 lightyears away. When Reed's financiers began to lose interest in the project, Reed's girlfriend 'Susan Storm' and her younger brother 'Johnny' insisted on joining Reed on the flight. Reed's old friend 'Ben Grimm' was convinced to pilot the rocket. 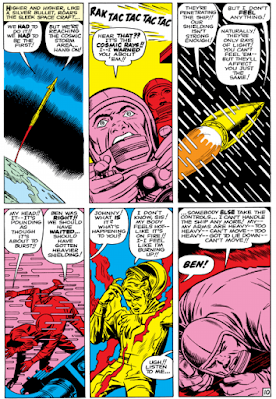 "Once in space, the rocket passed through a storm of cosmic rays. Although prepared for them, the ship was met with an unexpected intensity from the radiation and its shielding couldn't contain it. The craft crashed back down to Earth. Emerging from the ruins of the spaceship, they discovered the radiation had mutated their bodies and had given them remarkable new abilities. 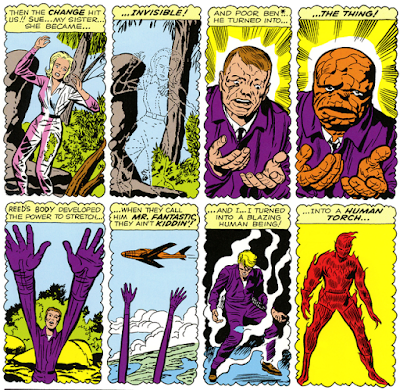 "Reed gained the ability to stretch his body and limbs, Johnny was able to fly and become engulfed in flames he could control, and Sue was able to bend light around her body and become invisible. Ben gained incredible strength and durability, but his body was tragically transformed. He now had a muscular orange, rock-like hide. 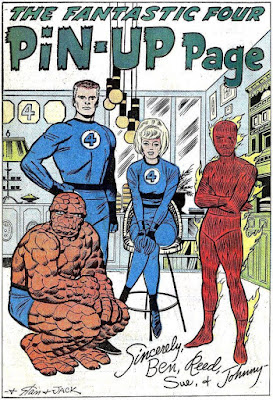 "All four decided to use their powers to better humanity... 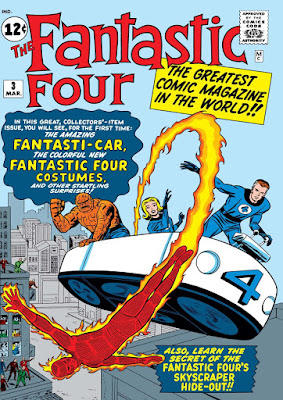 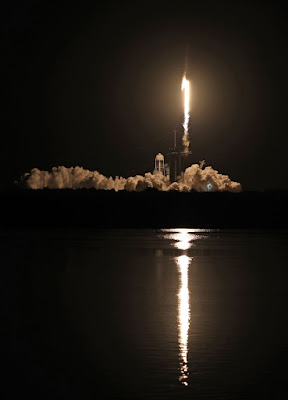