‘Scarlet Witch’ and ‘Vision’ In Love 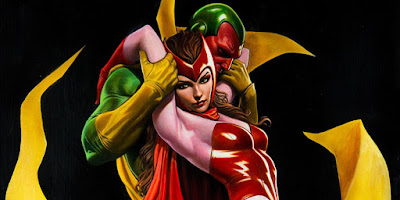 In support of the Marvel Studios Disney+ sitcom "WandaVision", take a look at the Marvel Comics origins of the love union between the mystical 'Scarlet Witch' and the android known as 'Vision': 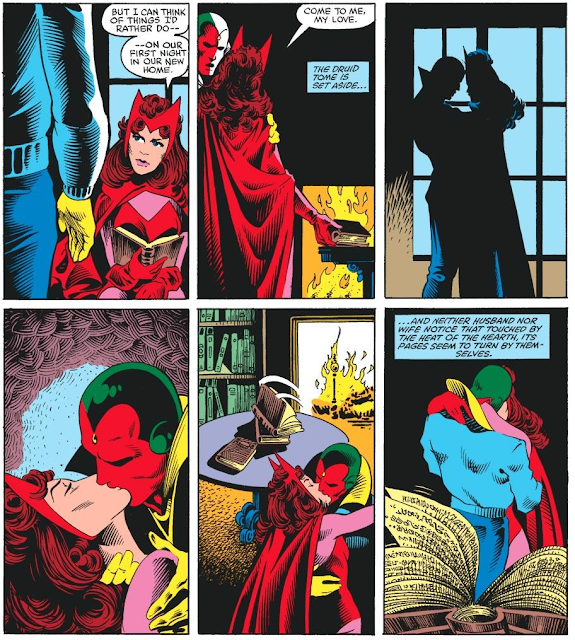 "...'Wanda' and 'Vision' fell in love and got married, believing their forbidden love was born out of their individual free will. 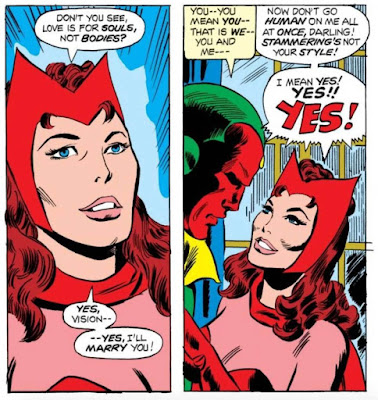 "But they soon discovered they were brought together to prevent Wanda from having children by the villain 'Immortus'. 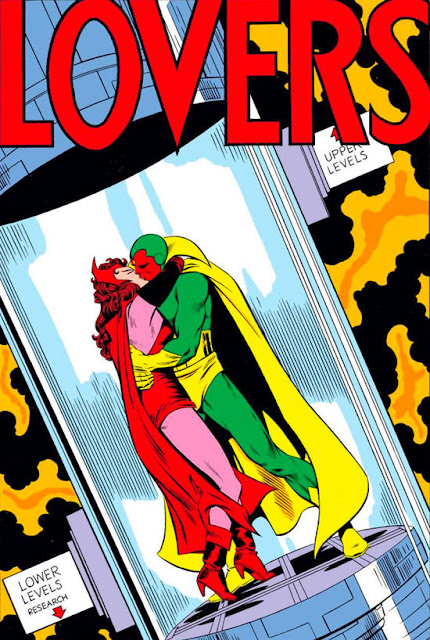 "Immortus believed that if Wanda married a robot, this would prevent her children from shaking the foundations of reality. Wanda did conceive  the twins, 'Tommy' and 'Billy'. 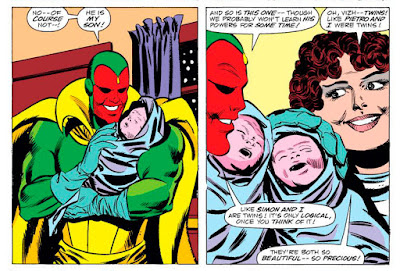 "Unfortunately they were created from energy from the dark realm of 'Mephisto'. Mephisto then reabsorbed their energy and the twins ceased to exist.

"At first Wanda’s memory of her children were repressed but once reminded of them, her powers began to spin out of control..." 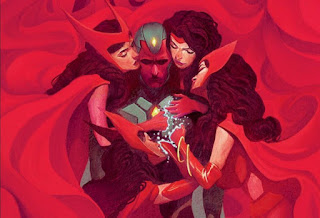