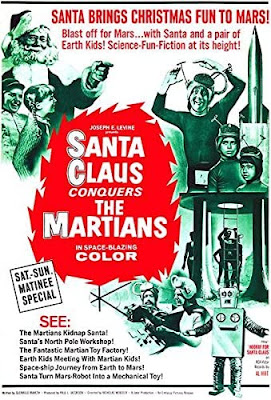 "Santa Claus Conquers the Martians", the cult classic, 1964 science fiction comedy feature directed by Nicholas Webster, ranking as one of the worst films ever made, includes the debut of actress Pia Zadora as 'Girmar', one of the 'Martian' children: 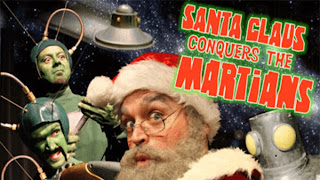 "...Martians 'Momar' and 'Kimar' are worried their children 'Girmar' and 'Bomar' are watching too much Earth TV, including an interview with 'Santa Claus' in his workshop at Earth's North Pole. 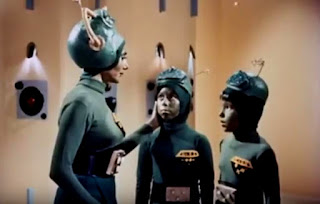 "Ancient 800-year-old Martian sage 'Chochem'  advises that because the children of Mars need their own 'Santa Claus', they agree to abduct one from Earth and bring him back to Mars..." 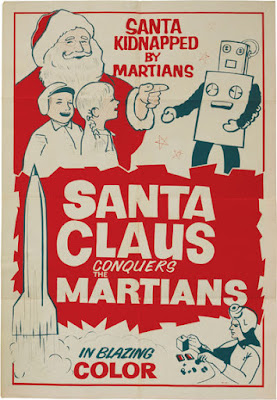 Click the images to enlarge...
Posted by Michael Stevens on Thursday, December 24, 2020