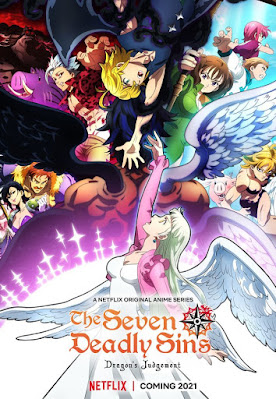 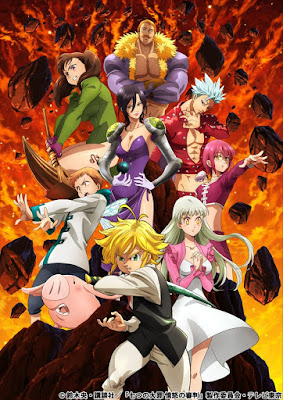 "...'The Seven Deadly Sins: Dragon's Judgement (七つの大罪 憤怒の審判, is an anime television series sequel to 'Wrath of the Gods'. The Japanese title was originally translated as 'Anger's Judgement'. 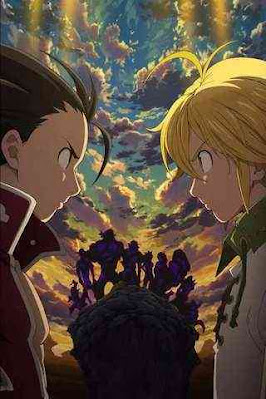 "As war rages on, 'Meliodas' and his crew cross the boundaries of heaven and hell to save the people they love..." 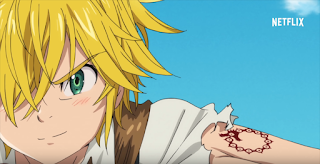 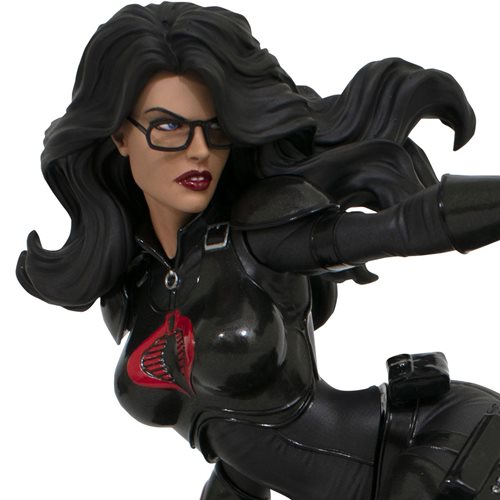 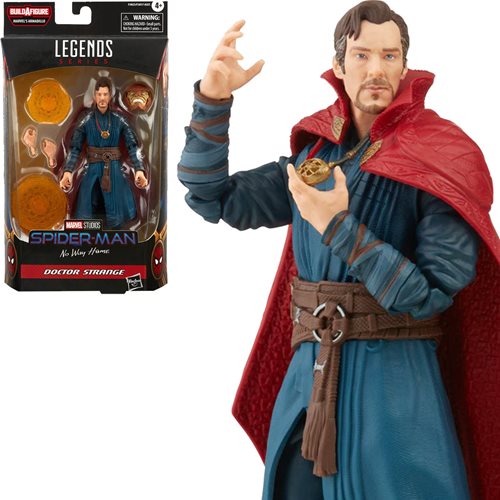