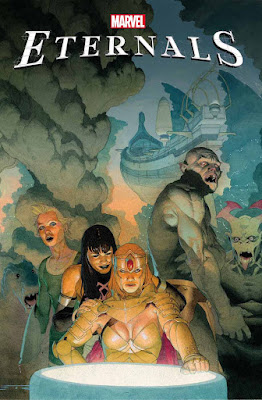 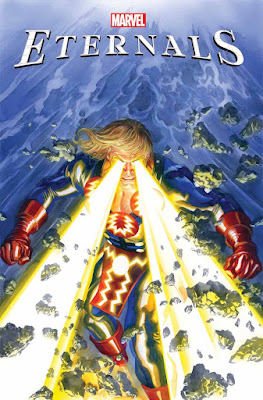 "...for millions of years, one hundred 'Eternals' have roamed the Earth, as the secret protectors of humanity. Without them, we'd be smears between the teeth of the demon-like 'Deviants'. Their war has waged for all time, echoing in our myths and nightmares. But today, Eternals face something new: change. Can they — or anyone — survive their discovery?..." 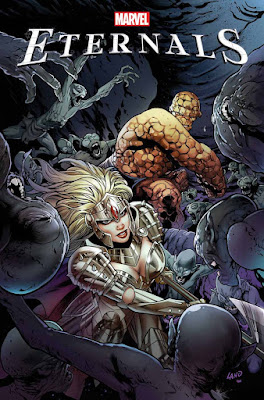