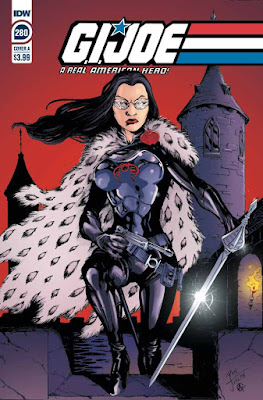 IDW Publishing's "G.I. Joe" #280, written by Larry Hama offers a new take on Hasbro's formerly sleek 'Baroness', in the latest cover illustration of the evil 'femme fatale', with a miserable face that looks like the US Representative for Michigan's 13th congressional district: 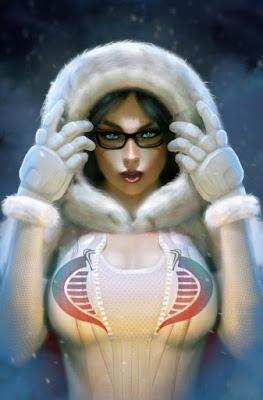 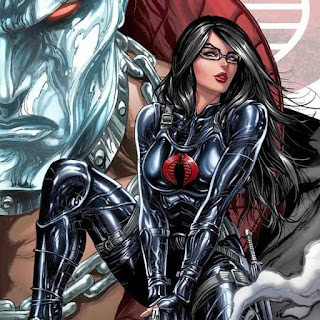 "Baroness serves as a 'Cobra' ('Conversion by Blackmail, Revolution and Anarchy') intelligence officer and lieutenant to 'Baron Ironblood' aka 'Cobra Commander'. 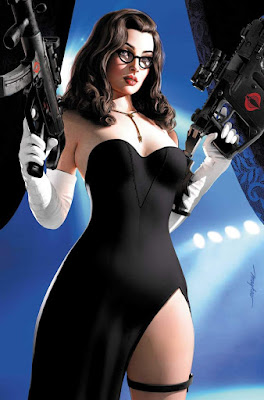 "With her long hair, glasses and tight leather outfits, Baroness is a dark, sensual 'femme fatale' whose beauty is matched only by her ruthlessness... 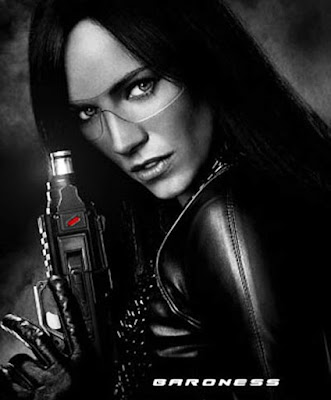 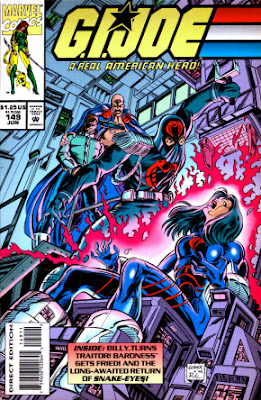 "'Anastasia Cisarovna' was first involved in student radicalism, dabbled in extremist fringe groups, and finally graduated to international terrorism, trained as a spy and saboteur at a remote facility. 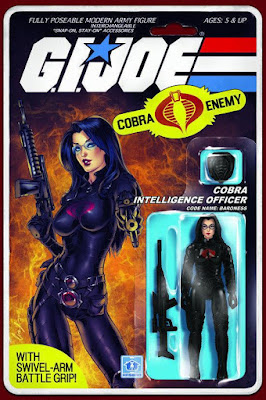 "Officially the head of Cobra intelligence, the Baroness is an expert in cryptography, psychological warfare and bio-weaponry. She is also proficient with an 'M-16', 'AK-47', 'RPG7' and 'Uzi', plus  tank and fixed wing aircraft operations..." 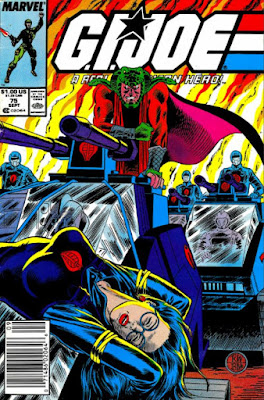