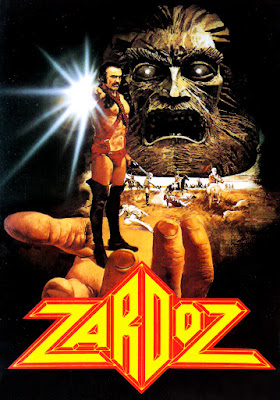 Actor Sean Connery, the star of writer/director John Boorman's bizarre 1974 fantasy feature "Zardoz", depicting a post apocalyptic world where barbarians are granted an eternal life, has died in Barbados at the age of 90: 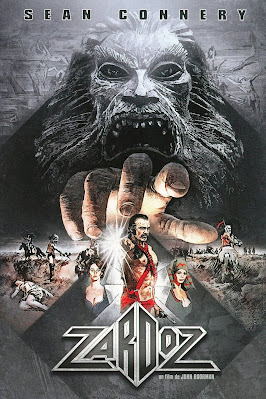 "...in 2293, the human population is divided into the immortal 'Eternals' and mortal 'Brutals." The Brutals live in a wasteland, growing food for the Eternals, who live apart in the 'Vortex', leading a luxurious but aimless existence on the grounds of a country estate. 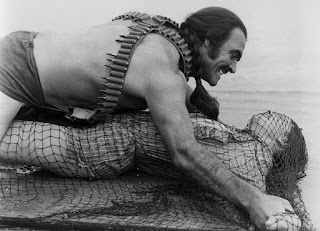 "The connection between the two groups is through 'Brutal Exterminators', who kill and terrorize other Brutals at the orders of a huge flying stone head called 'Zardoz', which supplies them with weapons in exchange for the food they collect. 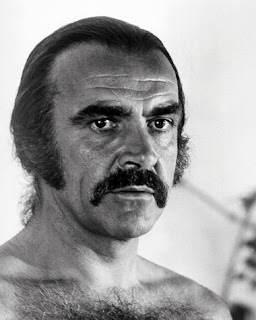 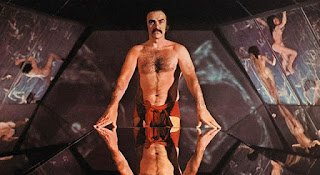 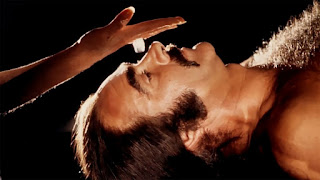 "Overcoming Zed with psychic powers, they make him a prisoner and menial worker within their community. Consuella wants Zed destroyed immediately... 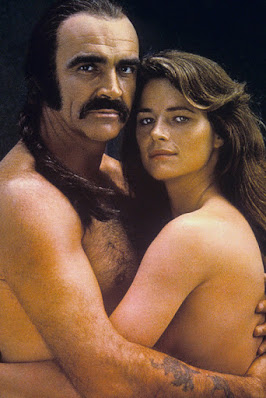 "...but May and a subversive Eternal named 'Friend' (John Alderton), insist on keeping him alive for further study..." 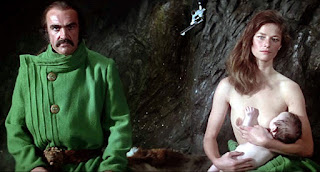