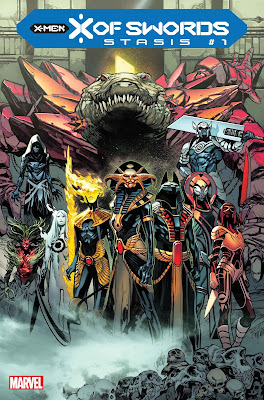 Marvel Comics' "X Of Swords: Stasis" #1, the start of a 22-issue cross-over, is available October 28, 2020, written by Jonathan Hickman, Tini Howard and illustrated by Mahmud Asrar, Pepe Larraz, with a cover by Larraz: 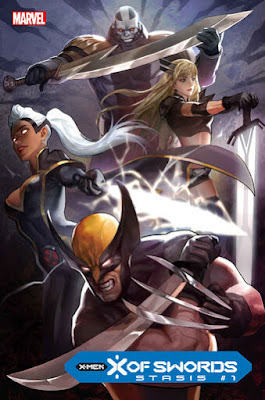 "...the 'Swordbearers of Arakko', are ten champions that the 'X-Men' will have to face on 'Otherworld.' 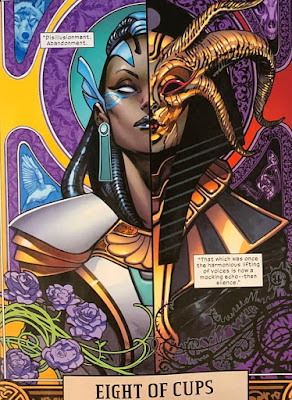 "The inhabitants of Arakko, the lost sibling of the mutant nation of 'Krakoa' were previously one being in 'Okkara'. Further involved in the dispute is 'Saturnyne', the 'Omniversal Majestrix', who has decided that a tournament must be held between the champions of both lands to determine a winner. The ten champions will gather their own mythical swords to wield in the duels which will determine the very future of mutantkind..." 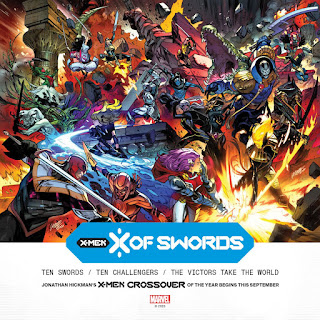