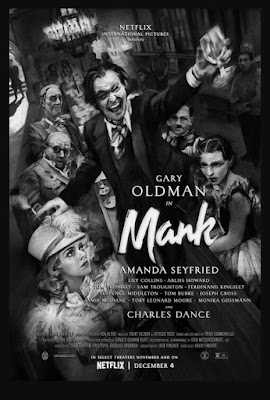 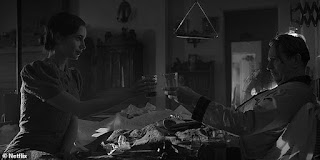 "...the film follows the life of writer Herman J. Mankiewicz (Oldman) as he scripted 'Citizen Kane' and the problems that arose with Orson Welles (Burke) during production, leading up to the movie's release..." 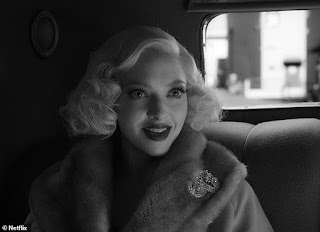 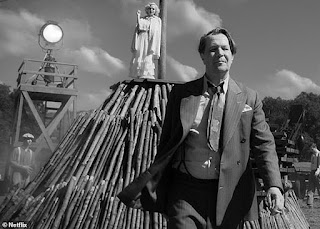