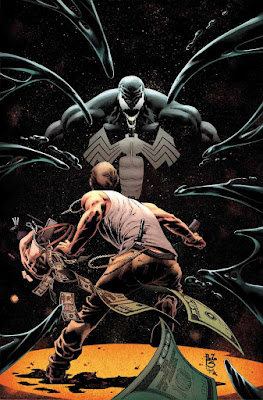 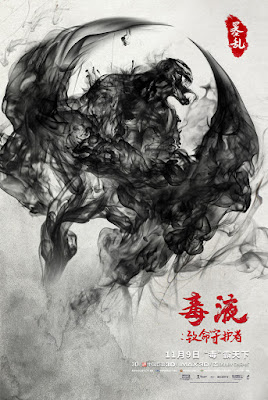 "..exploring space for habitable worlds, a bio-engineering 'Life Foundation' probe discovers a comet covered in 'symbiotic' lifeforms. They bring four samples back to Earth, but one escapes and causes the ship to crash in Malaysia. The Life Foundation recovers the other three and transports them to their research facility in San Francisco, where CEO 'Carlton Drake' learns the symbiotes cannot survive without oxygen-breathing hosts. 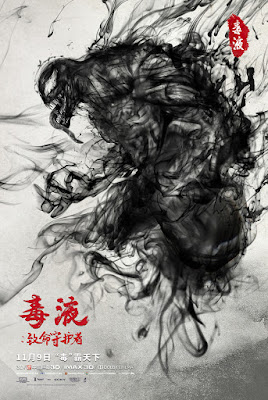 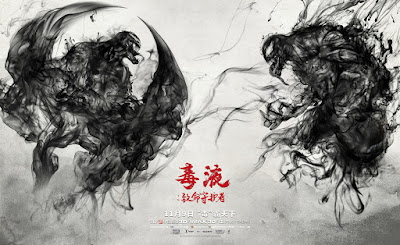 "Six months later, Drake is closer to achieving successful symbiosis and approached by 'Dora Skirth', who disagrees with his methods and wants to help Brock expose him. She helps Brock break into the research facility to search for evidence, and he learns that an acquaintance of his, a homeless woman named 'Maria', has become one of Drake's test subjects. 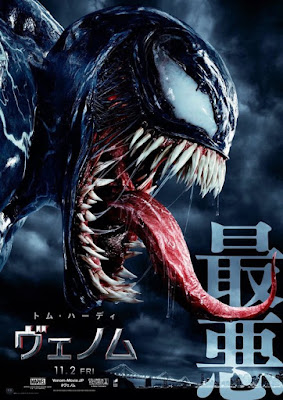 "Brock attempts to rescue Maria, but she attacks him and the symbiote possessing her transfers from her body to his, leaving her dead. Brock escapes, but he soon begins displaying strange symptoms and reaches out to Weying for help. Her new boyfriend, 'Dr. Dan Lewis', examines Brock and discovers the symbiote. 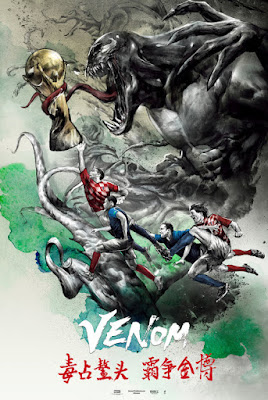 "Meanwhile, Drake kills Skirth for her betrayal, exposing her to the remaining captive symbiote, which ultimately dies. This leaves the symbiote inside Brock as the only known surviving specimen. 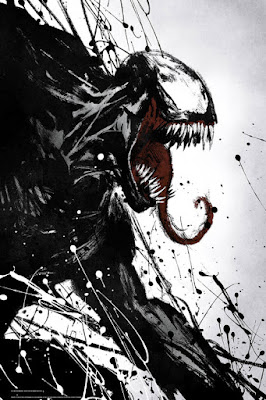 "Drake sends mercenaries to retrieve the symbiote from Brock, but it manifests around Brock's body as a monstrous creature that fights off the attackers.

"Taking shelter outside the city, the symbiote communicates with Brock and introduces itself as 'Venom'. 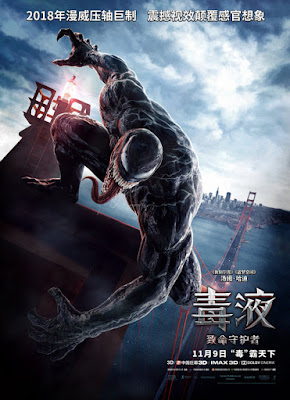 "It explains the comet is an invasion force searching for new worlds where the symbiotes can possess and devour inhabitants. Venom offers to spare Brock if he helps the symbiotes achieve their goal, and Brock soon comes to enjoy the superhuman attributes that the symbiote gives him. Brock breaks into his old workplace to turn in evidence of Drake's crimes, but he is surrounded by 'SWAT' officers on the way out and transforms once again to escape.

"Weying witnesses this transformation and takes Brock back to Lewis's office, where they reveal to Brock that the symbiote is slowly rotting his internal organs.

"Brock also admits the symbiote has two weaknesses: high-pitched noises and fire. Although the symbiote claims the organ damage is a fixable part of their symbiosis, Weying uses an 'MRI' machine to weaken the symbiote long enough for Brock to separate from it. Brock is then captured by Drake's men. 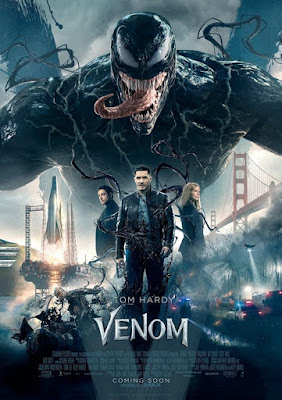 "Meanwhile, the fourth symbiote, 'Riot', makes its way from Malaysia to San Francisco by hopping from body to body. It bonds with Drake, who agrees to take Riot in a Life Foundation space probe to collect the rest of the symbiotes and bring them to Earth. Weying reluctantly bonds with Venom so they can free Brock. 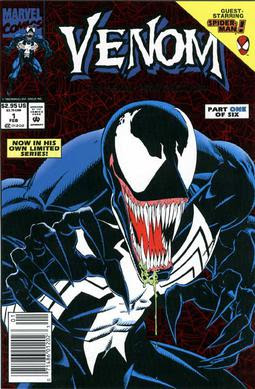 "When Brock and Venom are bonded again, Venom says he has been convinced to help protect the Earth from his kind through his interactions with Brock, and the pair attempt to stop Riot and Drake with Weying's help.

"Venom damages the probe as it takes off, causing it to explode and kill both Riot and Drake. Weying believes Brock is no longer bonded to Venom after this, and that the symbiote also died in the explosion. However, the pair remain secretly bonded and set out to protect the city by killing criminals. 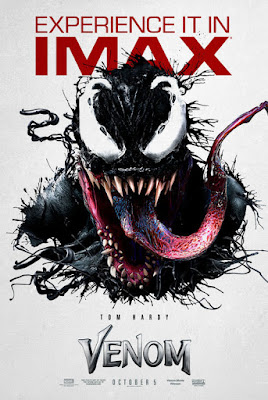 "Brock also returns to journalism, and in a mid-credits scene he is invited to interview incarcerated killer 'Cletus Kasady', who promises "carnage" if and when he escapes..." 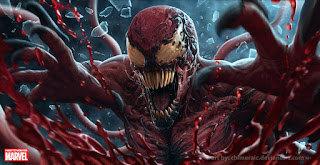 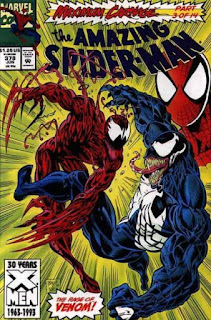 ...created by writer David Michelinie and illustrators Erik Larsen and Mark Bagley, based on elements of the precursor character 'Venom'. 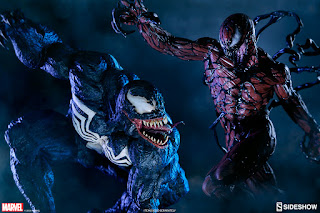 Along with Venom, the character belongs to a race of amorphous extraterrestrials known as the 'Symbiotes'. 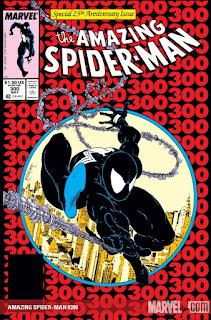 'Venom', aka the 'Venom Symbiote', was originally a super-villain sentient alien, debuting in Marvel Comics' "The Amazing Spider-Man" #300 (May 1988)...

...before evolving into an anti-hero, requiring a host to bond with for its survival. The first known host was 'Spider-Man', who eventually separated himself from the creature when he discovered its true nature. 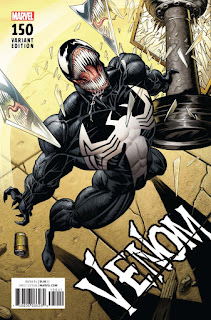 The Symbiote went on to merge with other hosts. 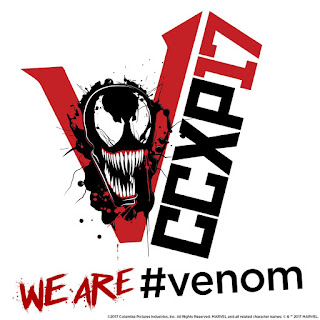 According to the 'Marvel Universe', the creature is considered one of the greatest threats to humanity... 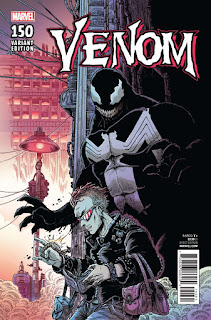 The Symbiote is capable of shape-shifting, as well as the ability to expand its size and mimic the appearance of other humanoids after it has obtained a host. 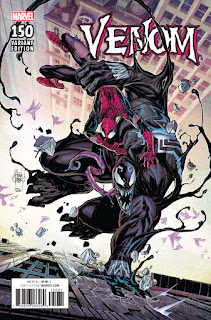 The organism can additionally conceal itself by altering its coloration or by becoming invisible, while exhibiting telepathic abilities.

Click the images to enlarge and Sneak Peek "Venom"... 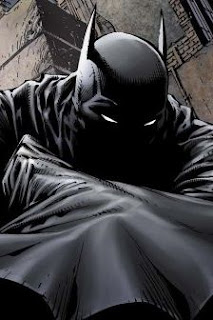