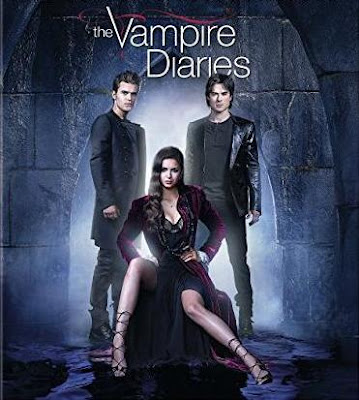 Sneak Peek outtakes from "The Vampire Diaries" Season 4, based on the novels of the same name by author L. J. Smith, that debuted October 11, 2012 on The CW:

"...'Elena' awakens and finds herself in transition to becoming a vampire. 'Damon' insists she feeds on human blood as soon as possible while Stefan insists they try to find another way to keep her alive.

"'Pastor Young' takes over the 'Founders Council', getting rid of 'Sheriff Forbes'. He, along with a team of police officers, arrives at the home of 'Caroline' and kidnaps her and 'Rebekah', but 'Klaus', still possessing the body of 'Tyler', rescues Caroline, and purposely leaves Rebekah behind. It's revealed that she is taken to Pastor Young's farm.

"Thinking Tyler was dead, Caroline discovers Tyler is possessed by Klaus. Later Klaus, upon finding his body wasn't completely destroyed, forces 'Bonnie' to tap into dark magic to make the body switch by threatening to kill Tyler. This results in the spirits punishing the ghost of 'Grams' in front of Bonnie.

"By now, 'Stefan' and Elena have been taken to Pastor Young's farm. Captured within the cages, Stefan realizes Elena is dying because she hasn't fed.  He kills one of the guards and Elena is barely able to reach the blood in time.

Click the images to enlarge and Sneak Peek "The Vampire Diaries" Season 4 Outtakes...